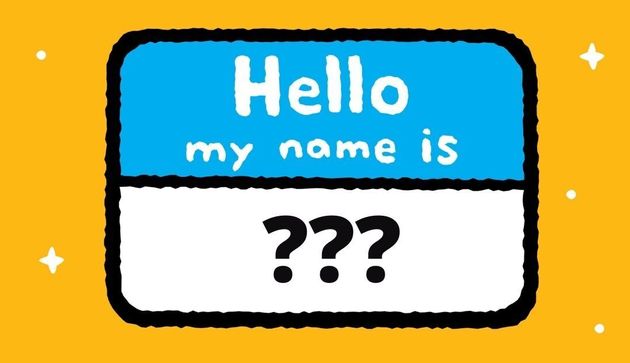 Asking for a reminder doesn't have to be a big deal if you are gracious and sincerely apologetic.

We’ve all been there: upon walking into the office, an acquaintance cheerfully greets you by name and you pause, frantically searching your brain for theirs.

You don’t want to disrespect them by saying the wrong name, but just saying “hey” seems so generic. Do you come clean about your memory lapse?

Here’s how experts say you can address the conundrum strategically and still keep your relationships intact.

You may consider a subtle approach first

If you are at an event and you see someone you know but you can’t remember their name, introduce yourself first, because it often prompts that person to say their name too. That’s what Mary Abbajay, president of the leadership development consultancy Careerstone Group, recommends.

“That is a signal for you to say your name back,” Abbajay says. But don’t think you are being sly about your strategy. Many people will recognise that it means you don’t know their name, she says.

One other indirect approach is to discreetly ask someone else to tell you the other person’s name, Abbajay adds.

If you are in a conversation that will continue later, consider asking the person to put their contact information in your phone. Or if the conversation needs to move to email, try asking, “Can you tell me how to spell your name to get the email right?” suggests Perpetua Neo, a psychologist and executive coach.

Better yet, ask them directly and apologise.

Avoiding saying someone’s name every time you see them will only get you so far.

“I think people fake it too long, and then they meet that person three or four times, and then they are too embarrassed to ask their name,” Abbajay says. “The best thing is to nip that in the bud right away. The second time you meet them, say, ‘Remind me of your name again. Thank you so much.’”

Don’t minimise your actions and say, “Oh I do this all the time.” If this is your third or fourth time asking their name, that deserves a bigger mea culpa, Abbajay says.People’s names are important to them, and you want your apology to come across as sincere.

Don’t make it too big a deal, though, either.

“We feel an internal pressure to remember people’s names after they tell us once, but that’s not fair, and truly, most people understand that,” says Lawrese Brown, the founder of C-Track Training, a workplace education company. “Even if it’s a close colleague, some of us are better with names than others and some of us forget things easily in general.”

“The biggest mistake is to be overly apologetic like there is something wrong with you,” Neo says. “Being gracious and pleasant about it can be useful.”

Don’t get discouraged if it happens more than once. Learning names takes time, Brown says, but what pushes her to ask for name reminders is to remember there are worse alternatives: You can make the wrong guess and call that person by an incorrect name, or you can be impersonal and never say their name.

“In the short term, asking may feel embarrassing, but that’s a temporary feeling,” Brown says. “The feeling of letting someone know that you care enough to call them by their name is what they’ll remember.”

Write down names whenever possible and try saying a person’s name when you first meet them.

Brown says that writing down someone’s name is what works best for her as far as remembering them.

Research has shown that writing things down helps our brains really retain what is being said. A 2014 study in Psychological Science, for example, found that students who wrote notes down on paper had better comprehension and retention of what was being taught than students typing on their laptops.

If you don’t have access to a pen or paper, try using your voice. Here’s a pro tip: Use someone’s name within the first minutes of meeting someone.

Abbajay says that in meetings she facilitates, she will ask people to introduce themselves even if some people already know each other as a way to help her remember names. When people introduce themselves, she diagrams where they are sitting and what their names are.

That way, “When I’m in the meeting, I can start using people’s names. If you use somebody’s name quickly when you meet them, chances are you are going to remember their name,” she says.