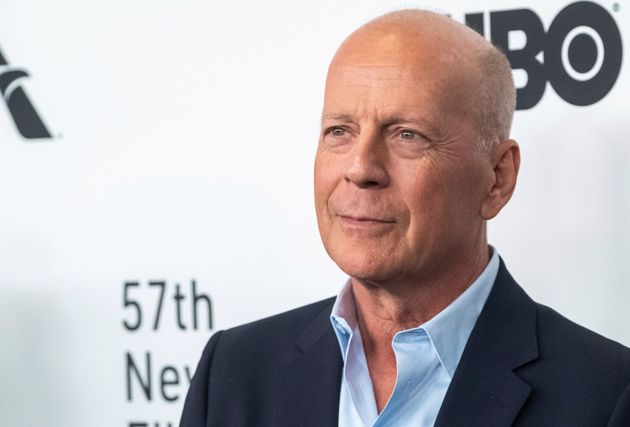 Bruce Willis is “stepping away” from his acting career after being diagnosed with aphasia, a condition that affects the ability to express or understand speech, Willis’ family announced on Wednesday. The condition is “impacting his cognitive abilities”, the family said.

So what is aphasia? And what causes it? Here’s what you need to know.

Aphasia is a condition that affects communication.

Aphasia is a disorder that stems from damage to parts of the brain responsible for speaking, writing and understanding language, the Mayo Clinic explains.

It often occurs after a sudden emergency, like a stroke (when the blood supply to the brain is disrupted) or head injury. But aphasia can also come on more slowly over time. It can affect people of any age, but is most common in those middle-aged and older.Estimates say roughly 180,000 people in the United States are diagnosed with aphasia every year.

With aphasia, some people may speak in short or incomplete sentences or longer sentences that don’t make any sense. Other times, they might use unrecognisable words or seem unable to follow a conversation. All of that may extend to writing, too.

In general, people with aphasia tend to fall into one of three different patterns, according to the Mayo Clinic:

Aphasia is usually the result of a serious brain issue, like a stroke, injury or tumour.

Aphasia is not something that just happens on its own; it is caused by damage to one (or more) of the areas of the brain responsible for language. Stroke is a common culprit. When the blood supply to part of the brain is stopped or greatly reduced, that prevents brain tissue from getting the oxygen and nutrients it needs to function — which can have an immediate, and sometimes lasting, impact on communication.

Serious head injuries are another possible cause of aphasia, as are brain infections.

But the condition can also develop over time, particularly if a person has a brain tumor or a progressive neurological condition, like Alzheimer’s.

Willis’ family has not provided any details beyond his aphasia diagnosis.

If you have any concerns, talk to a doctor ASAP.

Because aphasia is linked to extremely serious underlying brain issues, it is important to see a doctor right away if you (or a loved one) notices any changes in speech or cognition.

If you suddenly develop any of the following symptoms, you should seek emergency medical care immediately, the Mayo Clinic says, as they may be a sign of a stroke:

Depending on a person’s condition, doctors may run tests like a magnetic resonance imaging (MRI) or computed tomography (CT) scan to better understand what is happening. They may also run tests to gauge a person’s ability to answer questions and hold a conversation.

There are ways to treat aphasia.

Treating aphasia depends a lot on the root cause. For example, after a brain injury like a stroke, some people are able to recover significant function — including language skills — depending on what parts of the brain were affected and how extensive the damage was. Many people go to rehabilitation programmes, which often include a speech pathologist (in addition to a team of medical providers) who can help with recovery.

In general, doctors will attempt to deal with whatever the underlying causes of aphasia are, and then help people regain communication skills to the extent it is possible.

“Aphasia therapy aims to improve a person’s ability to communicate by helping him or her to use remaining language abilities, restore language abilities as much as possible, and learn other ways of communicating, such as gestures, pictures, or use of electronic devices,” explains the National Institute on Deafness and Other Communication Disorders. There are individual and group therapy options, as well as speech-generating technologies that can help people communicate throughout their days.