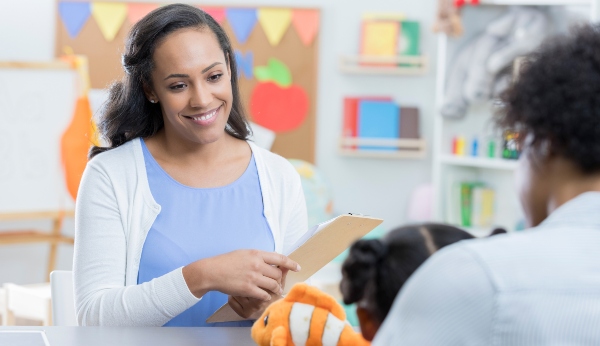 In Chris McGee’s second grade class, a hush falls over the room. McGee announces that students have two more minutes to wrap up rehearsing with their partners, and their puppets, before they will be presenting to the class. There is a collective inhale of excitement, and students hurry to perfect their scripts and get ready to perform.

What North Carolina standard is incorporated in this lesson? The class is learning about quotation marks and how to use them. They are writing their own dialogue, working with a partner to create the conversation, and practicing their public speaking with puppet in hand.

This is what an A+ North Carolina School looks like in action — integrating arts into the state-mandated curriculum, and viewing arts as a fundamental practice in teaching and learning.

“A+ is about helping schools to create the most engaging and art-filled environment they can for their students and for their staff.”

What is A+ Schools?

Saluda Elementary in Polk County Schools has been part of the A+ Schools network since the program’s inception in 1995. To be an A+ School means to weave the four disciplines of art — dance, music, theater, and virtual art — into daily lesson plans. If the program is fully embraced, it becomes a school-wide integration of arts with North Carolina standards.

Originally established by the Kenan Institute for the Arts, the program moved to UNC Greensboro for seven years and then landed with the North Carolina Arts Council in 2010. The program has grown to 69 schools in North Carolina and has pilot schools in four other states.

A large factor of the program is educator buy in. For a school to initially begin the three year commitment, A+ Schools require that 85% of the certified staff and administration agree that the program is a good fit for the school. Every application process is unique says Michelle Burrows, director of A+ Schools North Carolina.

Once accepted into the program, a slew of intensive professional development and subsequent mentoring is provided for school staff. A network of support comes in the form of A+ fellows — around 50 teachers, art teachers, and administrators who are available to help guide the new schools into the program.

We spent one morning with Saluda Elementary, witnessing student interaction and learning about the educator experience of the A+ Schools program. Take a look inside some A+ School classrooms with EdNC.

This sing-song phrase is one the class is using to learn about magnets, applying the elements of language, poetry, and music. Is there a lot of crossover in poetry and music? Both require the understanding of beat, of meter, and of rhythm.

“Poetry doesn’t have to rhyme, but the whole purpose of poetry is that it needs to create art with language. They need to understand that language itself is a medium that they can express for themselves.” 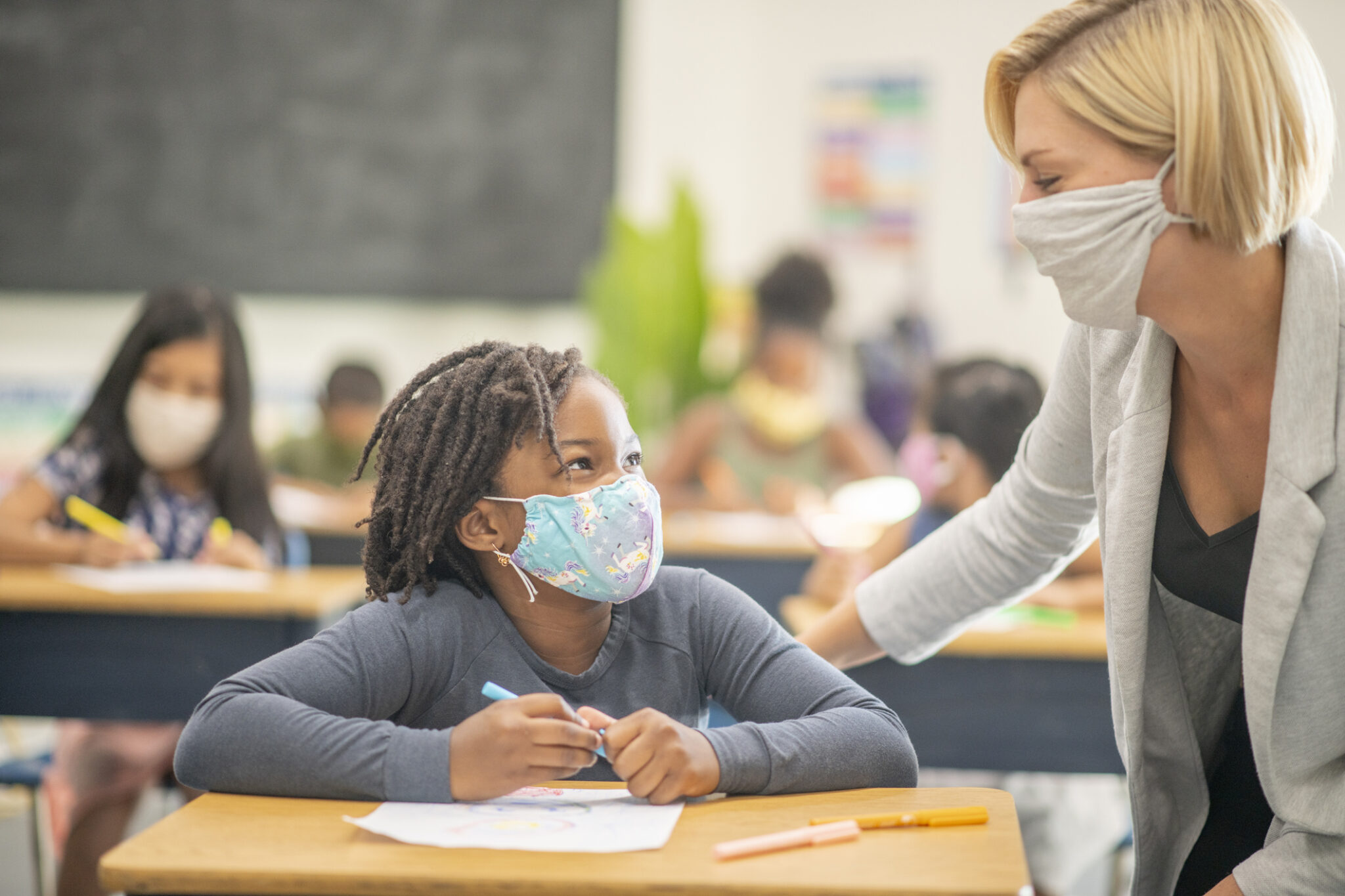 Uhrich works with Pam McNeil, the school’s music teacher, to find songs that have alliteration, similes, metaphors, and even onomatopoeia to incorporate into her lessons. McNeil, on the other hand, chooses activities and songs that re-emphasize the fourth grade standards being taught in Uhrich’s classroom. This collaboration is key to the A+ Schools program.

As we walk in to Ginger Rackley’s class, she is holding up a comic strip cut out from a newspaper. On students’ desks sits a book about Lewis and Clark, drawing utensils, and a piece of paper that’s divided into squares.

In this lesson, students are learning about the graphic novel and figuring out how to conceptualize a smaller story in the framing of a larger story. Rackley reassures the class, “Be a narrator, not a Picasso.”

While students draw their comic strip, they are showcasing understanding of fifth grade social studies standards. They are demonstrating reading comprehension of their Lewis and Clark book, which focuses on historical figures, the Louisiana Purchase, and western expansion.

Outside the classroom sits the students’ American Revolution soda bottle project. Students were tasked with learning about certain players in the American Revolution and creating a model of them. How did we learn this? Allow Grace, fifth-grader and maker of one Thomas Jefferson, to explain.

The halls of Saluda Elementary are lined with projects like this one. Accompanying the colorful and creative art are explanations of corresponding North Carolina standards.

Music class takes place in the auditorium during COVID-19 so that students have room to spread out. The day we visited Saluda Elementary happened to coincide with Groundhog Day, so the furry friend dominates the lesson’s musical theme.

McNeil projects the image of a groundhog, describes its traits to the class, and then everyone joins in to sing about the animal of the day. At first, students use their hands to mimic the sound of a kazoo. And then, to the excitement of everyone, the real instruments are brought out.

Each student in Brandi Drake’s class is sitting at their desk working on an assignment as she calls them over individually to a shadow box.

They are learning about the solar system, and this particular lesson is all about light and angles. Students use a flashlight, shining it in different positions in the shadowbox, and then ultimately behind a small globe. Once they finish, they go to write reflections in a science journal, and Drake disinfects the items before the next student comes over.

In this third grade math and science class, I ask one student what she is making at her desk. “A fraction pizza, and we can design it however we want to,” she says.

What is one of the greatest impacts of integrating arts in the curriculum? Staff at Saluda Elementary overwhelming give one answer: knowledge retention. However, most answers include the word joy, too.

Uhrich says, “Not only retention, it [arts integration] makes it more enjoyable for them. I mean, I have no hard data that proves that, but you can see it in their faces.”

The other thing that being part of an A+ school network does for educators? Helps them avoids the pitfalls of focusing on everything but the student.

Kevin Burnett, media specialist and enrichment instructor, says, “We’re bound to our curriculum, we stay in our rut, and we think about the test, just in education in general. And this [A+ Schools program] really frees you from that.”

“You think beyond your curriculum, you coordinate and plan with other teachers, you’re educating the whole child.”

This post was previously published on ednc.org under a Creative Commons License.

The post What Does Art Integration in Every Classroom Look Like? appeared first on The Good Men Project.