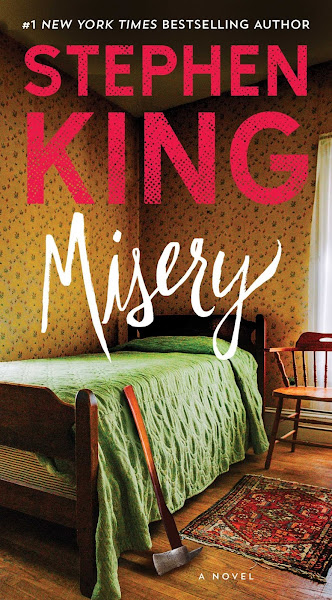 From Stephen King to Oscar Wilde and Tana French, novelist Gabriel Bergmoser chooses Halloween reading that does more than simply shock and scare

1. Red Dragon by Thomas HarrisThe Silence of the Lambs gets all the attention, but the best Hannibal Lecter novel is still the first; a book that suggests the most horrifying of evils can grow from an all too human place, and that even heroes can carry something monstrous inside them. Every Lecter story on some level features an implicit Faustian bargain and none is more tragic than FBI crimimal profiler Will Graham’s knowing choice to sacrifice his own fragile peace of mind to stop a killer he understands all too well.

2. The Picture of Dorian Gray by Oscar WildeThere are no real villains in Oscar Wilde’s first and only novel. The lurking danger of this book is our capacity for vanity and how it can literally and metaphorically disfigure us, how obsession with retaining beauty will inevitably lead to its destruction. Even Wilde’s central monster, Dorian himself, is more tragic idiot than conniving mastermind, a youthful dope consumed by a pathological belief that the only thing worth having is beauty at any cost. His descent would almost be funny if it wasn’t so chillingly believable.

3. Horns by Joe HillSometimes horror, even at its darkest, is the window dressing for something more tender. That’s the case with the unique and entirely enrapturing Horns, a book that starts out as a twisted revenge story before slowly becoming something more sprawling, knotty, and ultimately hopeful. Horns is by turns a gothic romance, a murder mystery, a supernatural thriller and a biting satire on how quick we can be to judge despite the darkness we all harbour.

4. The Exorcist by William Peter BlattyOften the best horror stories are the ones that believe, through all the death, jump-scares and creepiness, in the fundamental triumph of goodness. That The Exorcist was long considered one of the most terrifying novels ever is in large part is down to how deeply we are led to care about the desperate plight of its central characters, and how carefully detailed every one of them is. The evil they face is huge and incomprehensible, but not, in the end, insurmountable, and much of the book’s (and film’s) power comes from the ultimate hard-won victory of a small group who sacrifice everything for an innocent child.

5. Ring by Koji Suzuki, translated by Robert B Rohmer and Glynne WalleySuccessive film adaptations have not managed to capture the true power of this relatively demure tale of a cursed videotape, a chilling and all too human story of coming to understand your own insignificance in the face of forces beyond your comprehension. While Ring is a classic, it’s in its two sequels that Suzuki revealed the scope of his ambition, organically building on his horror fable to craft something far more epic and transcendent than any filmed version has yet realised.

6. Psycho by Robert BlochTo be clear, like Jaws, the film is better; Hitchcock having made a series of clever tweaks to find new ways of manipulating the audience by making them care. But everything that turned Psycho into an enduring cultural lightning rod originated in Bloch’s novel; the shower scene, the house on the hill, the twist ending and the sense of gothic dread dripping from every moment. The gleeful subversion of conventions that Hitchcock gets all the credit for originated here, and without this book, horror – and cinema – wouldn’t be the same.

7. The Passage by Justin CroninJustin Cronin’s epic vampire saga is a sprawling tale of love, loss and societies destroyed, rebuilt and destroyed again, centred not only on characters we could care deeply for, but a slowly growing sense of insidious evil whispering from the shadows, a terror so unknowable that it was always going to lose a little menace once it was explained. But like the best horror writers, Cronin uses that inevitability to make his point – that all too often evil grows from a place that is a little more understandable than we might care to confront. The whole trilogy is fantastic, but for its singular atmosphere of growing dread the first will always be the best.

8. Misery by Stephen KingThere’s an intoxicating combination of anger, sadness and catharsis at the heart of Misery; a book written by an author trying to move away from horror only to find that his vast readership wouldn’t accept that. Cue the story of a writer literally held hostage by a fan torturing him into writing what she wants, facilitating the writer’s slow realisation that the genre he was so desperate to move on from may be the only one that’s right for him. It’s an intensely personal and ambivalent book, and one of the best explorations of the highs and lows of creativity ever written.

9. From Hell by Alan Moore and Eddie CampbellI don’t know whether it’s cheating to include a graphic novel on this list, but this is a horror masterpiece unlike anything else I’ve ever read, a sprawling, phonebook-heavy exploration of not just the Jack the Ripper murders, but the society that allowed them to happen. Unflinching and harsh, grim and deliberate, the book is an almost forensic dissection of Victorian England, suggesting that the motives for the murders, caused by a collision of dogma, classism and puritanical propriety, were the inevitable result of the true human horrors that made up a seemingly polite society.

10. In the Woods by Tana FrenchI know; this is not horror, at least not insofar as where it sits in bookstores. But I would also argue it’s not a traditional crime novel or literary character study either. In the Woods uses the structure of a whodunnit to craft one of the most haunting explorations of fear I’ve ever read and, in doing so, includes the only written scene to ever make me jump, a scene so infused with the force of an unshakable nightmare that it transforms the book around it, leaving readers with the sense that some evils can never be truly understood and some trauma is too great to move on from. If that doesn’t encapsulate horror at its most evocative, I have no idea what does.