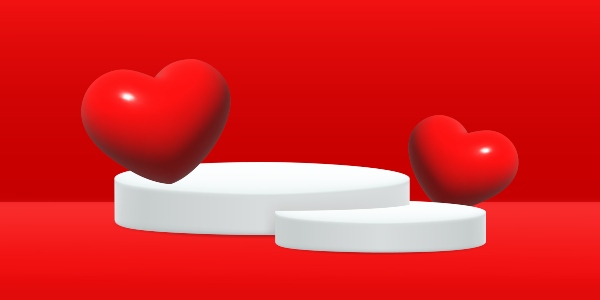 Some of us could wonder — why I never seem to marry the one that I love the most? Or how could I miss and let go of the one I truly love?

My twin-flame? Karmic love? Our chemistry is just too strong that is beyond our control. We always bump into each other, always catch each other eyes in the crowd far or near, for seven years!

Although we both had tried to avoid each other and gave up on this romance at a point of time when we sensed our ‘hostility’ towards each other. Yet it didn’t help — I could still ‘sense’ him or his presence, sometimes without looking at his face. I dreamed of him often, which was so real as though he is next to me in person.

We both were scared by this intense invisible connection at times. Sometimes we tried to run when we see each other from afar to avoid meeting each other.

I have never felt such intensity in my mature life thus far. This would be a blessed love if everything goes to follow society’s standard, but sadly it is not because I am six years older than him.

My Perspective On Love

The one thing that I vowed to myself since I was young is I will never take any man who is younger than me. It’s my firm belief that men are visual creatures and women age faster than men.

This still stays true today but women can prolong their youth through modern surgical procedures, or by a holistic approach. Some women are blessed with gene that ages much slower than their peers, and I’m one of them.

In fact, I’m a late bloomer. Because of this very reason, maybe I can be an exception to that belief — I thought to myself at a certain point in time.

There are more and more women who have life partners that are younger than them and still have a lasting blissful marriage. Unfortunately, just before I could be fully convinced by this belief, he had done some damage that made no turning back in this relationship.

What made me hesitate and deny this feeling? This is because he is too good to be true — he has the look and the wealth that drives women to his arms without much effort. He is not the type that can be pinned down easily, unless by a very special person.

Our Clash In the Identical Personality

Initially, I just brushed off the intensity between us and keep rejecting his advances for years! Our estrangement is worsened by a misunderstanding at work in the office. Both of our egos had prevented us to come to friendly terms, especially my resentment toward him.

We both are just too similar, we are mirroring each other. He has stepped on my weakest point which made me not able to forgive easily.

Our almost identical personalities had clashed and exploded to the point of no coming back. He had been gentlemen by being patient and initiated friendly gestures toward me, but it was just not enough for me to let go of my grudges against him.

He is a man with few words and not good at communication, but I need a more outright apology and more outspokenness. His way of expressing his affection always come too blunt and sudden, when I was not ready and hence never responded in a welcoming manner.

He was also a super-jealous type, which to me is childish. I know that most people would say that it’s my fault, which I agreed with. I had been taking him for granted by not seriously dealing with the roots of the issues. It was very complicated as an office affair where it involved work.

There were times I tried to be nice to him but I feel I never get the response I expected thus it just never worked. Perhaps I never really accepted his personality as what he is and insists that he should act in the ways of my expectation. How immature I was!

All in all our timing was just out, which left both of us feeling unloved and unwanted. I think we both had failed to understand each of our personalities which led to the wrong judgments of our responses.

Ego played a big part in this as we both are attractive people that are not short of admirers that are willing to go the extra mile to get our attention.

Actually, I had slowly forgiven him and was on the verge of accepting him after seven years. I had even decided how I wanted to show him the surprise by being more proactive in approaching him.

At this critical moment when this was about to happen, he dropped a bomb by doing something hinting to the entire office that he is having someone special, and it was not me.

This was like a thousand spears pierced through my body with humiliation. That young lady couldn’t wait to publicize it further and enjoy poking me showing she is the winner in this game.

She has been crazy about him for a long time, but I just ignored it and took it as a test of his love for me. All these dramas hurt me tremendously, and I had to resign amidst an imminent promotion.

My Feelings Of Insecurity

I know that many people would say that I had been very naive to have behaved in such manners, to which I agreed. There were many times when I hate myself for not being able to overcome my detrimental resentment toward him over his faults in the mismanagement of my previous promotion opportunity.

In fact, I was amazed at my rage at him till it was almost unforgivable, even after a few years. I hated him at the same time I loved him. I once asked why is he the one that was involved in this whole office drama that had made me become the outcast? As he is everything I wanted in a man except I hope that he could be more ‘warm’ like other suitors.

This has made me not confident of his seriousness toward me, or even wonder if he really likes me. For me to accept an outstanding man that is six years younger than me when I was already in my late 40s’, I really need a lot of assurance from him.

Now two years had passed and he had texted me many times, camouflaged as my ex-colleagues, but nothing went beyond that. He knew I was really pissed off with him this time, and likely I would never forgive him.

At the same time maybe he wasn’t sure yet of his feelings for me. Why would he choose me that never makes him feel good about himself? He has the sweet young thing that adorns him and would give him children and be the envy of many men?

After all the dramas, I feel we love each other more than anyone else as this connection is really special, but whether it works out well in this world depends on our actions.

Although I was the one in the wrong initially, but he was the one that had done that almost unforgiving act that brought us to no turning back. Unless he takes the action first to contact me as his ‘actual’ person and be upfront about his feelings.

Then it also depends if his love is an unconditional love where he will accept me totally for who I am, as I’m not the usual ‘candidate’ according to the social standard.

I will never initiate to call him first as he can get a better woman than me in every sense unless he really wants to choose me for the extraordinary ‘chemistry’ between us. This is being very unpractical that is beyond the comprehension of many people. It is like the story between Prince Charles and Camilla.

We both are air signs under astrology, this is probably why we both are unconventional where we don’t follow the crowd, and do not do things like what usual people do.

To put it in a spiritual sense we both have lessons to learn, especially in love. We both have a rather distant personality though deep down we are good-natured people.

Public relations and communication are never our strengths. We don’t fall in love easily, but when we do, we fall heavily, and hard to let go. Having seemingly another choice of partner that complements us well and adores us had pushed us into this dead-end.

True love still needs action and cultivation, never test it beyond the limit. Your ego is nothing compared to your true love.

The post This Could Be Why You Never Marry the One You Truly Love appeared first on The Good Men Project.