Ready to head down a nostalgia rabbit hole? You may remember we took a trip there not too long ago by diving into the ‘90s franchise and tie-in novels you forgot about, including books related to shows like Moesha, Full House, and 7th Heaven. One of the pieces of ’80s and ’90s publishing history that was also unique — present prior to that period but since declined if not gone extinct — is the movie novelization. Movie novelizations were essentially the film, but put into book format. These were not adaptations nor necessarily stories that played into the worlds created in those films, like the ever-growing canon of Star Wars novels (though some Star Wars films have been novelized). Instead, they allowed fans of those films to relive them again and again in book format.

While that sounds really fun in theory, many of them were…not good. Unlike when a book is adapted to screen, where there are places for creative liberties or artistic choices for what to include or exclude in the new rendering, movie novelizations did not usually craft a story thinking about the principles of good, engaging writing. That’s not to say they’re all bad, but it is to say once you begin to see some of the movies that were novelized during the ’90s, you’ll wonder if those books are actually any good.

This roundup is going to offer a bit of everything, though the bulk will be novelizations of books for children through young adults. It should come as little surprise, too, that most of these books are either without an author attribution, with an author using a pseudonym, or by authors who specialized in this type of work, and as a consequence, are not very diverse. Certainly, several authors who broke into the field during this era cut their teeth on these projects and commentary about the novelization is no reflection on the restrictions they likely faced in writing them.

Pro-tip: if you’re itching to read one of these books and think all have been lost to the ether, the good news is you can find many of them on Etsy if they’re not linked below.

Travel Back in Time With These Movie Novelizations 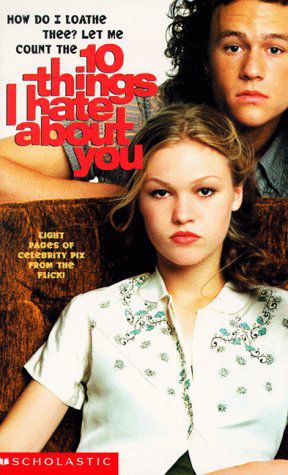 10 Things I Hate About You by David Levithan

You read that correct: bestselling author and legendary editor of books for young readers David Levithan wrote the novelization for the 10 Things I Hate About You film. If you’re thinking that the film was an adaptation of Taming of the Shrew and that novelizing the adaptation of a play is weird…you’re also not wrong. 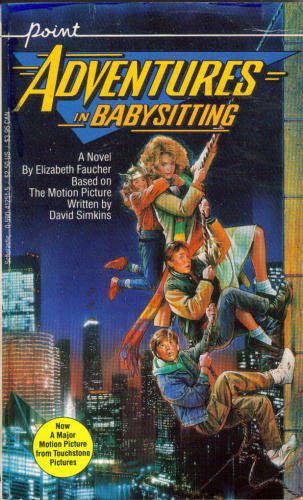 Adventures in Babysitting by Elizabeth Faucher

This one is among the very few I’ve not personally seen the film for, so I can’t even guess how the novelization is. Faucher did a number of novelizations and tie-in books, though, including for Charles in Charge and Getting Even With Dad. 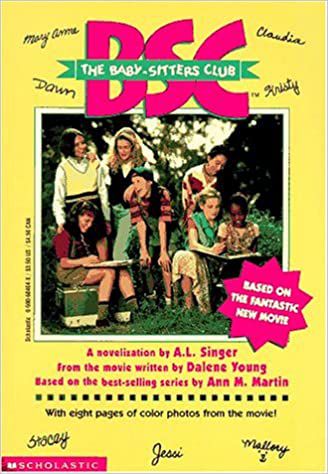 The Baby-Sitters Club: The Movie Novelization by A. L. Singer

Yes indeed: the Baby-Sitters Club original movie, inspired by the book series, had a novelization by someone who was not Ann M. Martin.

Never fear, though. A. L. Singer is the pen name of Peter Lerangis, who was one of several ghostwriters for the series, penning somewhere around 40 of the books. Lerangis did a number of other novelizations, including for The Sixth Sense. 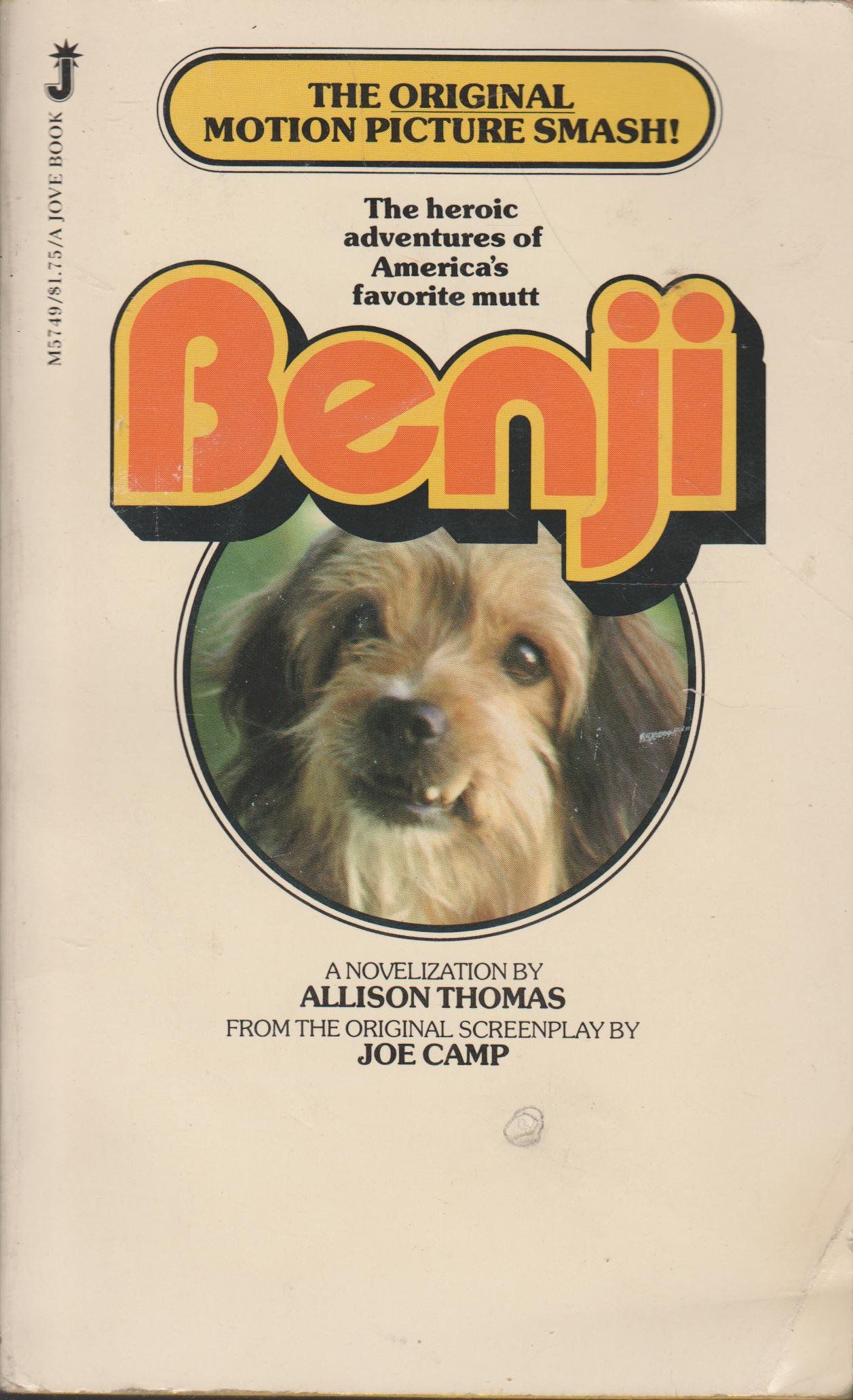 Benji produced a number of tie-in novels (and several films), all created by John Camp. The novelization of the first film, however, was penned by Allison Thomas.

Let it be known that Thomas did write another book, too. That book, Sandy: The Autobiography of a Star, is about a dog named Sandy who “told” her story to Thomas and cowriter William Berloni. 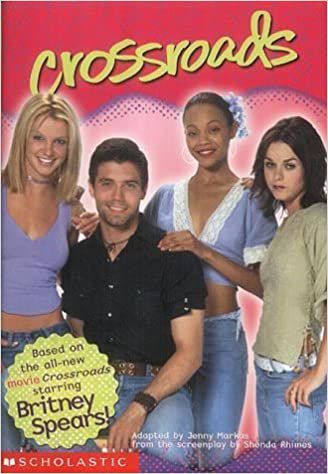 Who else can be the star of a film they created but not have to write the novelization? It’s Britney, bitch. Everything about this is just so perfectly of its 2002 era (yeah, this is a little after the ’90s).

Among some of Markas’s other writing credits include tie-ins for Scooby-Doo, One Tree Hill, and the novelization of Bring It On. 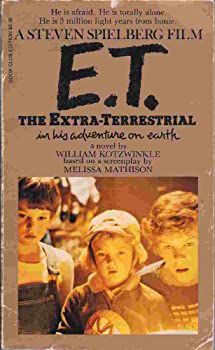 First: we agree that Kotzwinkle* is the single best last name out there, yes?

Second: who else misses the era of aliens and weird creatures on TV and movies? E.T., Alf…

The E.T. film did boast a number of tie-in and franchise titles, but this is the actual novelization.

*Wondering why that name also sounds familiar? Kotzwinkle is the author of Walter the Farting Dog. 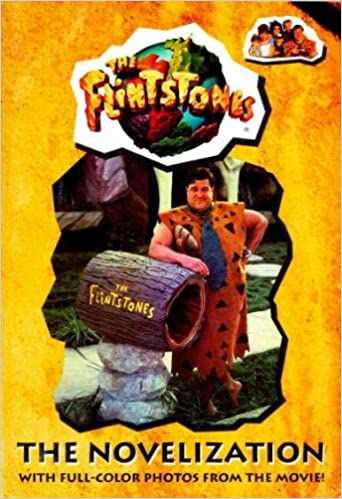 The Flintstones by Francine Hughes

The live-action Flintstones film terrified me. I don’t think the book would make it better, given the cover.

Hughes penned several Power Rangers tie-in novels, as well as the novelization for A Goofy Movie. 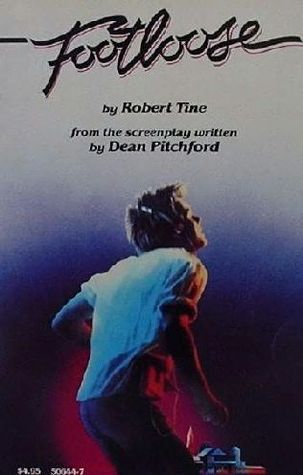 The only movie I was told I had to wait to watch growing up was Footloose…and only because my mom, when she rented it, realized it was rated R and that might be a little much for a 7-year-old (I had full permission a few years later). I don’t think I’d have had the comprehension for the novel at that tender age.

Tine wrote several novelizations of big ’80s and ’90s films, including Beethoven, The Bodyguard, Basic Instinct, and The Hand That Rocks the Cradle. 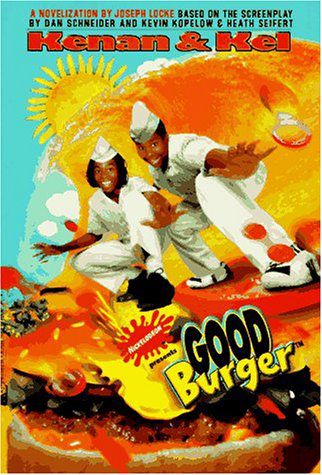 Kenan and Kel when they were young comics! There is a novelization of it, and I don’t know about you, but I do know elder millennials probably immediately got this stuck in their heads.

Locke penned several other novels under that name, including a tie-in for Sabrina the Teenage Witch, and he also wrote under the name Ray Garton, authoring several mysteries, thrillers, and horror books. The Goonies by James Kahn

Goonies never say die, so why end with a film?

Kahn has a pretty impressive career, working as an ER doctor and a writer for television, alongside a number of original novels and novelizations. Among his novelizations are Poltergeist and Return of the Jedi. Strasser is a long-time middle grade and young adult author. In addition to his own catalog titles are several novelizations, including Home Alone (and Home Alone II: Lost in New York and the lesser-known Home Alone 3). 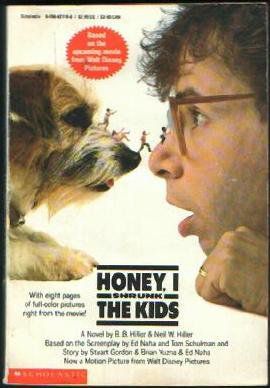 Honey, I Shrunk the Kids by Elizabeth Faucher

Remember our friend Elizabeth Faucher? She’s back with the novelization of the first film I ever got to see in a theater: Honey, I Shrunk the Kids. 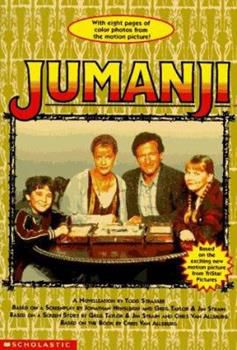 Fun fact: the name George Spelvin is not a real name, but it’s a common pseudonym from the theater world. It is not clear who the “real” author behind this novelization may be. 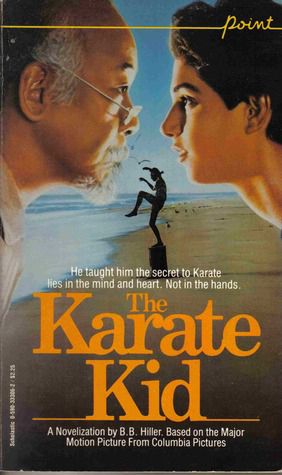 This is another one of the rare titles on this list I have not watched on screen but do somehow know enough about it to feel like I have seen it.

Hiller wrote several novels from the Karate Kid movies, as well as novelizations for Teenage Mutant Ninja Turtles and Ghostbusters II. She wrote her own books, too, including Rent a Third Grader (I vividly remember reading this one!). 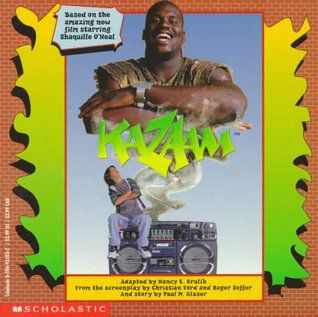 You probably know this as the novel based on the film that is an example of the Mandela Effect. It’s not called Shazaam and it did not star Sinbad. Indeed, proof is in the print novelization.

Krulik is a prolific writer, covering everything from early reader books to YA novels. 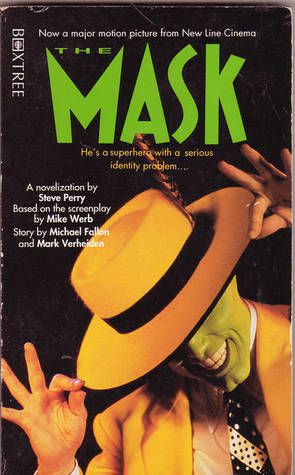 The Mask by Steve Perry

This book can’t be good, right?

Perry has written several of his own novels, as well as numerous entries into Tom Clancy’s “Net Force” series and even some Star Wars franchise titles. 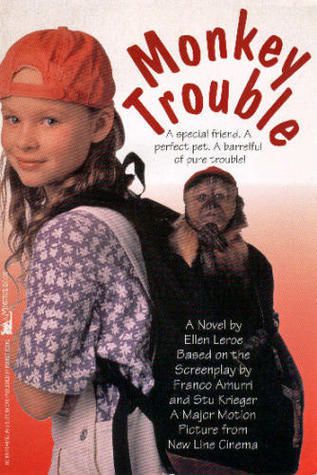 This was my favorite movie as a kid and I absolutely had this book. I do not remember anything much more, other than it also began a life-long obsession with Thora Birch.

Leroe has written for younger readers, as well as young adult readers, and some of her original titles include The Big V, The Peanut Butter Poltergeist, and Confessions of a Teenage TV Addict. 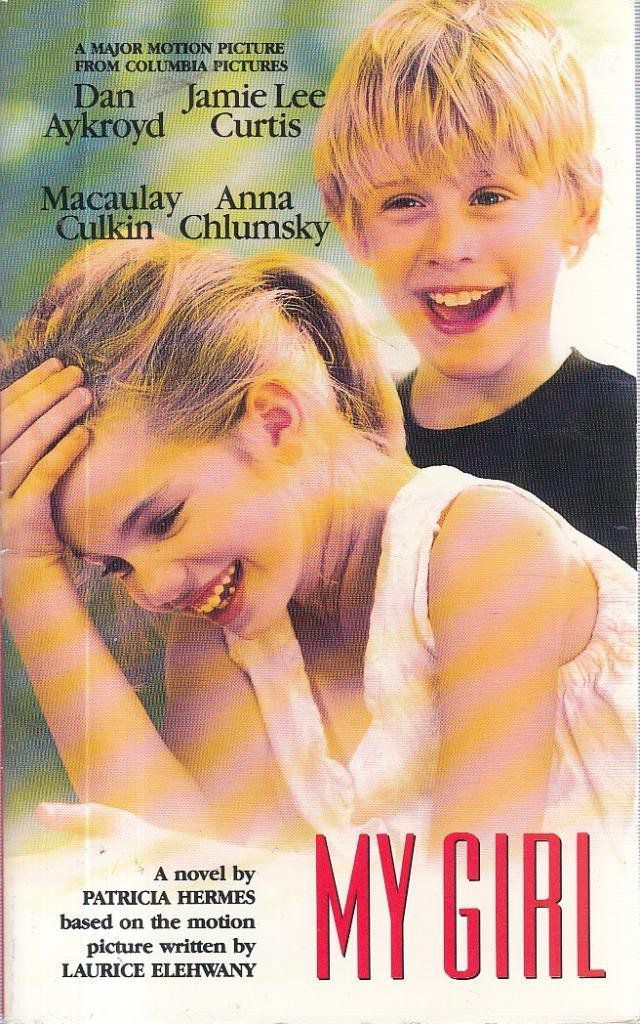 My Girl by Patricia Hermes

You could grow up in the ’90s and have an entire bookshelf with covers featuring Macaulay Culkin. Chances are if you did, or just enjoyed his movies, you were also the target readership of Hermes’s other books. She contributed titles the popular series such as My America and Horse Diaries. 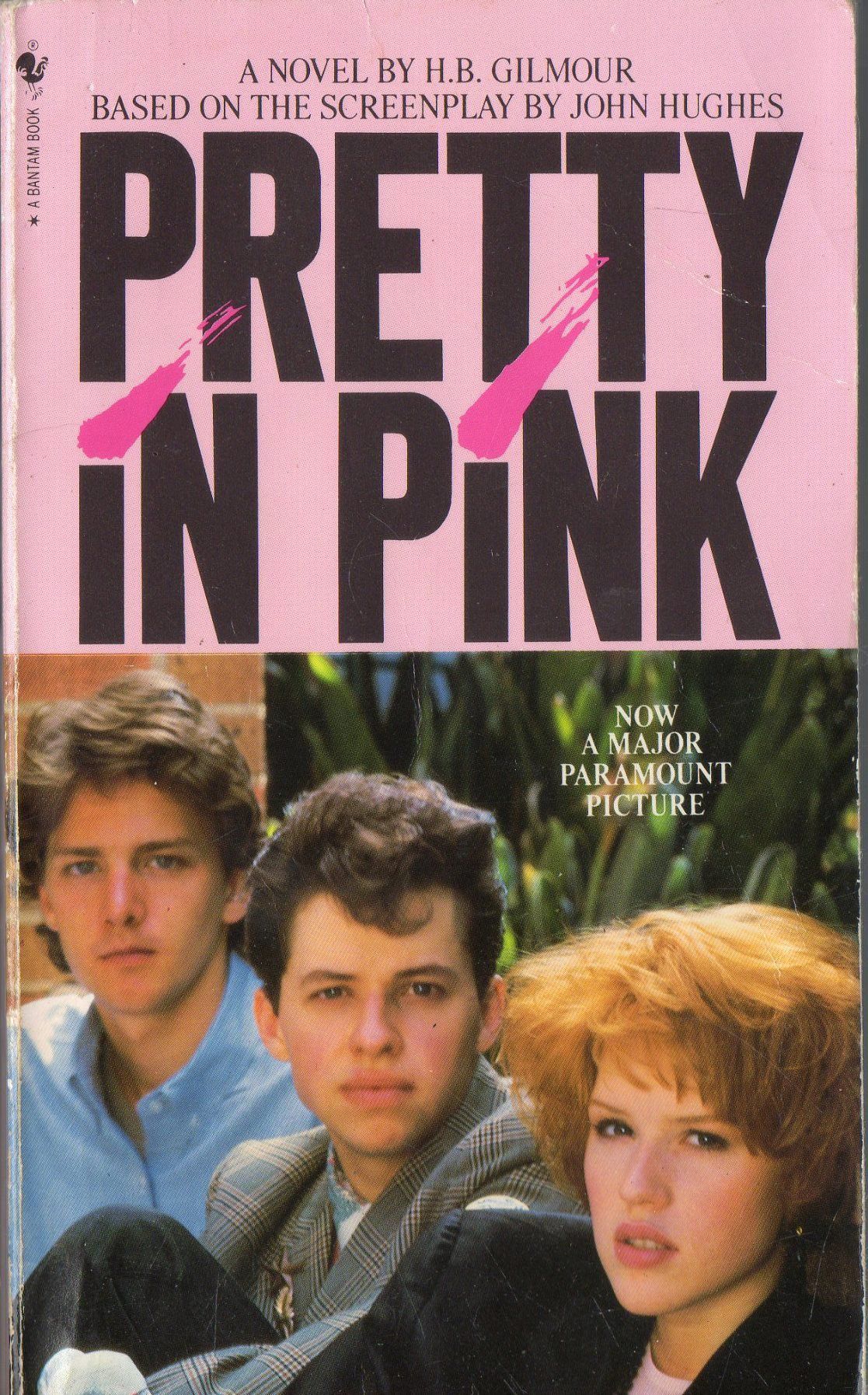 Pretty in Pink by H.B. Gilmour

Maybe one of the reasons that novelizations have a bad reputation is their blatant promotion of the movie via the cover — you can find few readers who think the movie cover is better than the original, so when you have only the movie cover, well, you don’t give an option.

That said, for some film novelizations like this one, it works.

Author H. B. Gilmour’s biography is absolutely fascinating. She began in editing and while editing, wrote several novelizations. Her very first book was a take down of publishing, and her second novel featured cover art by her daughter.