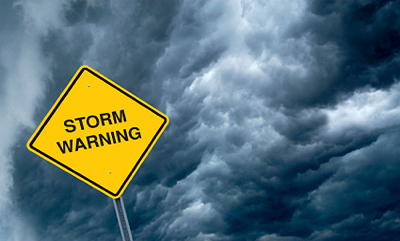 "Storm Warning"
by Jim Kunstler
"For all his apparent clownishness and crudity, Mr. Trump’s counter-resistance may be all that stands, for the moment, between the DNC-sponsored Jacobin jihad, and what remains of a coherent consensus of genuine American values. History is a prankster, of course, and the joke is that Mr. Trump expresses that defense of coherence so incoherently, as in Tulsa the other night. Alas, the joke is on us, but among the many lost lessons of public education in our time is the comprehension that life is tragic. Things work mysteriously, and they don’t always work out.
Mischief is everywhere and America is overwhelmed by that mischief, and the next two weeks are liable to be an awful test to see if we have anything definable as some national purpose left. Is it not obvious that in this time of danger nobody besides the beleaguered president even wants to lead? The cowardly and dishonest Left is too busy kneeling to a mob. Nobody mistakes Chuck Schumer, Mrs. Pelosi, Jerrold Nadler, and Adam Schiff for leaders, and Joe Biden in his basement has less influence over events than the ghost of Norman Bates’s mother.
The only other figure exercising any legitimate authority is the Attorney General, Mr. Barr - functionally an extension of the president - who has to do it with the utmost finesse, since the essence of the DNC Jacobin jihad is a cavalier disregard for law at the same time they weaponize it under the banner of Lawfare. Mr. Barr’s implacable stolidity drives them nuts, such as when he quietly said to Maria Bartiromo yesterday:
"I do believe there were two standards of justice during a period of time toward the end of the Obama administration, and all I can do about it is apply one standard of justice, the right standard of justice, and make sure we apply it to everybody equally. And that’s what I’m trying to do. It’s been stunning that all we have gotten from the mainstream media is sort of bovine silence in the face of the complete collapse of the so-called Russiagate scandal, which they did all they could to sensationalize and drive. And it’s, like, not even a whoops. They’re just onto the next false scandal. I think it is the closest we have come to an organized effort to push a president out of office.”
Clearly Mr. Barr is onto the game being played. It’s probably hard to overstate the degree of anxiety this stirs up among the leftovers of Robert Mueller’s core Jacobin cadre, and the puppet-masters who unleashed them, including former President Obama and his inner circle. The sensitivity of the matter also can’t be overstated, since the obvious implication in Mr. Barr’s carefully chosen phrases is that this is a case of sedition, which could send some of them to prison for a long time, and blow up some cherished narratives of the Resistance. And he is pursuing it in the face of a coming election - which presents additional new opportunities for Jacobin mischief in messing with the voting process.
All this goes on against the background of the imploding economy. The looting and arson of recent days hugely aggravated a central feature of it: the destruction of small business. In Minneapolis alone, the damage stands at $100-million. Things were difficult enough under the strictures of Covid-19, but this guarantees that many cities will not see the return of commerce - and there are only a few other reasons for cities to even exist. Not only did the Democratic Party fail to object to the mayhem, but the city governments they controlled abetted, incited, and applauded the anarchy.
Saturday in Tulsa, Mr. Trump made the signal error of bragging on the latest highs in the stock markets. Hasn’t he learned by now what a flimsy representation of reality that is? Evidently not. The air may be coming out of that lifebuoy in the next couple of weeks, and his election prospects will sink with it. This will happen as the nation approaches the dark moment when the postponement of debt repayments ends. Imagine how many mortgage, car payments, and small business loan defaults will crackle across the land, and how that will thunder through the banking system. Anyone with half a brain knows that only the strenuous manipulations of the Federal Reserve have kept stocks levitating, doing the only trick they know how to do: printing money by digital keystrokes.
There are so many dimensions to that blunder, it could hasten a more complete economic, civil and social collapse before November 3. If markets somehow magically stayed elevated, would all those Americans dispossessed of houses, cars, and businesses not feel more resentful than ever about the skullduggery of the elites? And might they form a third faction in a burgeoning civil war against both the Woke Left and the Trump-led government? And what if the Federal Reserve’s stupid trick of money-printing destroys the value of the dollar per se? That’s hardly a far-out scenario.
Meanwhile, there’s the sinister joker-in-the-deck these next couple of weeks. It’s called the Fourth of July. It’s hard to imagine a fatter target for those who are truly intent on making things as bad as possible than that particular holiday. Hey, they’ve already torn down statues of George Washington. What else is left to trash?"
- https://kunstler.com/
Share Share on Facebook Tweet Tweet on Twitter Pin it Pin on Pinterest
← Back to Feed