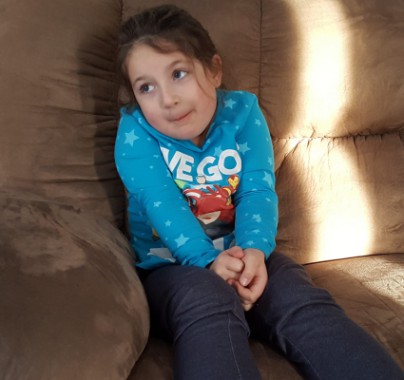 Pretty much right from their first breath, children are experimenting with different ways to get us to do what they want.  Different timbres and pitch rejected or filed away for further use based on the effectiveness of each individual scream and cry.  Later on it becomes tantrums and hissy fits, the more public the better.

Incessant, ear bleeding, aneurysm inducing whining. Two of my daughter’s preferred techniques were either to simply continue asking over and over until all will to resist was ground down and washed away or to use some variation of “pretty please” followed by a combination of various treats to go “on top.”

Amateur inveiglements now set aside for the most effective form of psychological manipulation that one person can inflict upon another – the  guilt trip.

Attempts to maximize this time that we do have together have led to a pretty full schedule of fun whenever I’m not working.  Wednesday afternoons at the park, wings and movies with the teen, roller skating just about every weekend.  It’s also led to expectations that I can’t always meet and opportunities for the little to try out her new means of persuasion.

She has less than adequate comprehension about things like money and bone weary exhaustion on a Sunday morning.  What she knows is that she wants to do something, that there will be several days past before I’m able to bring her someplace again, and that by reminding me of this, there’s a pretty good chance that we are going to go.

So where did she learn such Machiavellian machinations? How to harness the power of guilt for her own purposes?

The same way that all children do eventually. They learn it from us. It’s the basis for almost all behavioral modification, whether consciously or not. When a child does something good we shower them with words of praise and approval. When they are bad we take away that approval and show disappointment. Punishments and the learning of consequence of action are part of the process, but I’m starting to believe that when a child chooses not to repeat an act that they had previously been punished or reprimanded for, avoidance of that feeling of guilt, of having that approval taken away from them based on their actions, is just as much a reason for the change in behavior as any other.

This morning I woke up in a pretty foul mood. I didn’t feel well, my back hurt, and it was too damned early for any reasonable person to be awake. My daughter naturally decided that this meant it was the perfect day to practice jumping from one section of the couch to the other, over and over, and blatantly ignore my increasingly loud demands for her to stop.

I soon snapped and she immediately fled up the stairs in tears, scared by an outburst that was uncharacteristically incensed. I stayed downstairs, morosely clinging to my moral superiority until she returned, head hung low, and promised to behave if it meant we could spend some more time together before I left for the day.

Some time playing something a little more fun than the game of guilt tag that I think that she had already won.

This post was previously published on ThirstyDaddy and is republished here with permission from the author.
—

Talk to you soon.

If you believe in the work we are doing here at The Good Men Project and want to join our calls on a regular basis, please join us as a Premium Member, today.

Need more info? A complete list of benefits is here.

The post Playing the Guilt Game appeared first on The Good Men Project.