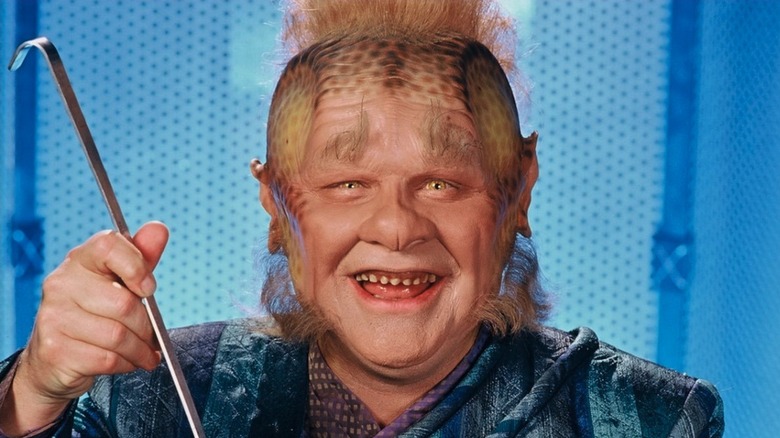 Neelix the Talaxian from "Star Trek: Voyager" is beloved by some, and disliked by others, though how you can dislike such a cheerful character is beyond comprehension. Aside from that, just knowing what went into the makeup job on Ethan Phillips should be enough to make you love him all the more. "Star Trek: Voyager" was the fifth series in the franchise, and ran from 1995-2001 on UPN. It featured the first female commanding officer in a "Star Trek" series, Captain Kathryn Janeway (Kate Mulgrew), who steered the crew as they tried to find their way home from the Delta Quadrant where they were stranded.

Neelix, a Delta Quadrant native, joined the crew as a chef, later becoming a Morale Officer (he's a happy guy), and Ambassador and a Navigator. Wow, you'd think more people would be willing to help him out with the cooking!

Phillips had to sit in that makeup chair for a really long time to change his appearance. Five hours a day, in fact, according to an interview with StarTrek.com. He explained that the process kept him awake for 18 hours at a time, and when his character was featured in the show, it was, as he said, "pretty exhausting."

'It's Claustrophobic, It's Hot, It Itches' 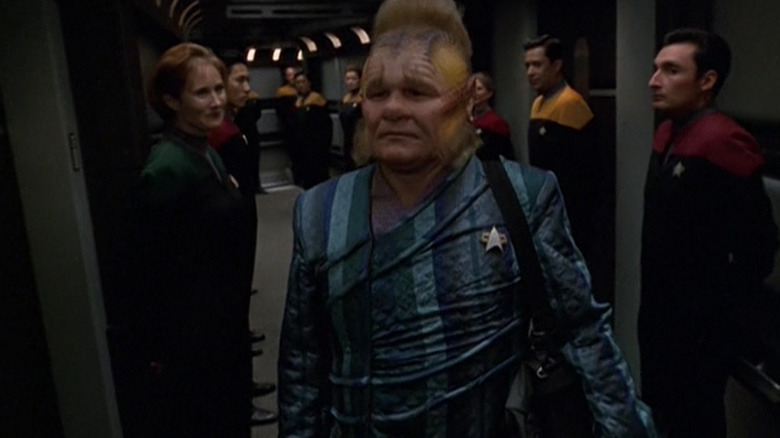 Phillips said that as much as he wanted to do "Voyager" episodes where he was featured, he realized how tiring that was, with him getting there three to four hours early, dealing with touch-ups as he sweat, and then an hour and a half to get the makeup off. He said:

"If it was a 12-hour day, you had to add five hours to it, and if you did five days in a row... I mean, I never complained, but it's encapsulating, it's claustrophobic, it's hot, it itches. You can't do anything in it. I had contact lenses, so I couldn't read. I couldn't sleep because I'd crush the wig. I couldn't even talk on the friggin' phone because it would stick to the face. So I was just totally there all day. The only thing I could do without any problem was eat, and when I finished the show I was 207 pounds. I'm 175 right now, which is my normal weight. So, by the second year, I'd learned that, 'Well, this is good that he's kind of light.'"

Having had prosthetics on more than once, I can say that he's dead on about the itching, and I'll just add the damage it can do to your skin can't be overlooked. It's a hard job, silly as that sounds. I used to think it was silly (even as a former makeup artist) until I actually had to wear it. You can't just scratch your face. You mess it up, and all the hours and hours of work that the artists put in is ruined, time is lost with repair, and you can actually lose money for the production. There is a lot of waiting around on set as well (never when you need it though), so not being able to talk, sleep, or read is actually a big ask.

I don't know about you, but this just makes me love Neelix all the more. Maybe it's time for another "Star Trek: Voyager" marathon so we can all properly appreciate the effort put into making this show.

Read this next: The 14 Best Sci-Fi Shows On Amazon Prime

The post Neelix's Makeup Was a Struggle Behind The Scenes of Star Trek: Voyager appeared first on /Film.