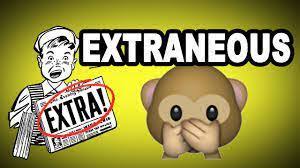 I tweeted about Timothy Shanahan asking me for evidence (research reports) to show that consonants should not be taught with extraneous sounds.

It must be ok to ask for evidence?

Luqman Michel Replying to @ManYanaEd @ReadingShanahan and 14 others

Yes, when it is something that cannot be thought of logically. Tell me, Peter, do you really need evidence to teach consonants without extraneous sounds. Where do I look for such reports? I can give you many personal anecdotes but you won't accept them.

I would expect others to be using the system you use. That is some evidence.

Many are successfully using my system. One excellent example is the teacher from Australia. You may read the Twitter conversation I had with her here.

and an explanation here.

Here is her question on Twitter that no one has responded to:

My son had a year of structured synthetic phonics via a scripted program and he struggles to blend.

The system is not important. Any system will work if you teach the foundation skills correctly. No child will be left behind if teachers teach the correct pronunciation of sounds represented by letters from the onset. A journey of a thousand miles starts with the first step but to go west if your first step is towards the east then you will end up in Timbuktu. This is the main problem with kids disengaging from learning to read. For the other 2 problems read my post at https://dyslexiafriend.com/2021/10/three-main-reasons-why-kids-disengage.html

I don't think, "It is logical" cuts it. It is logical to teach children in their preferred learning style, is it not?

You were suggesting logic would provide a good solution to learning issues. Or is it only for reading?

In giving your system are you saying phonics is taught incorrectly here in the UK?

Again, Peter, my system is good but there are thousands of systems out there that work too.

Yes, sounds represented by letters are taught wrongly in many schools in the UK as well as in the rest of the world. If you had read the article I sent, you will not ask this question.

But I'd like you to talk about your proposal that logic can be applied to teaching systems in general.

No! I cannot do that as I am sure you will be better at it with all your experience teaching in schools for many years. I am not a trained teacher and I have not taught in a school. I am only talking about decoding - the first step. Then comes vocab, comprehension, fluency.

I am talking about only one item. The basic skill that needs to be taught to kids to decode.

Note: I checked Peter's profile and noted that it says that he is an Educational consultant. Training and coaching. Improving Teaching & Learning. It appears that he does not agree that consonants should not be taught with extraneous sounds. This is the most foundational skill. Is it any wonder why the illiteracy rate is still high?

So do you have an example from YouTube where phonic sounds are improperly taught, eg from Debbie Hepplewhite? Of from SoundsWrite?

I have many including from the UK. I had written several posts on this too. The British are screwing up the whole world with their TV programme that is aired in more than a hundred countries.

See how buhluhoo is sounded out for blue.

I don't recognise either of these people. Debbie Hepplewhite example would be appreciated.

Note: He asked for YouTube videos where phonics sounds are improperly taught and I provided one from Australia and one from the UK. He however wants from people he recognises.

Peter here is my post that includes the correct way to pronounce the letters as well as the incorrect way taught by the British Baby TV. LINK.

Take your time and read the post and then question me.

BabyTV is a multilingual international television channel for babies and toddlers under the age of 3 & their parents, owned by Fox Networks Group, a subsidiary of the International Operations division of The Walt Disney Company. UK???

Yes, the producers are from the UK. Did you read the email to and from Baby TV?

What does it matter whether it is from the US or the UK? It is a fact that it is produced in the UK. He is justifying that it is for babies under the age of 3. How much deeper can on get into stupidity? Is he suggesting that kids above 3 years old will not be viewing this programme? Wouldn't parents who listen to this video not teach their kids consonants with extraneous sounds?

Did Peter read my post on initial learning where Thorndike had said that we should not feed wrong information to kids because they will be unable to reconcile what is learnt subsequently with what has been learned initially?

I don't think, "It is logical" cuts it. It is logical to teach children in their preferred learning style, is it not?

Learning style is not what we are discussing here. What has learning style got to do with teaching the correct pronunciation of letters - i.e. without extraneous sounds.

The TV programme that is screwing up kids around the world is Baby TV that is aired in many parts of the world - it is called 'Charlie and the alphabet' Here is a post on my mail to the TVcompany.

Debbie did not think it would affect kids.

Not any person called Debbie but the specific one I mentioned.

Peter, I don't know how Debbie Hepplewhite teaches her students but here is one of several emails I had sent her and her response. Link.

I don't understand why Peter is insisting that I give him videos by Debbie Hepplewhite. What I do know is that she said the following idiotic things:

1.  You are right that as far as possible the consonant sounds should not be modelled with an “uh” but this is not even possible for some of the sounds. This does not explain disaffection and dyslexia. (Debbie Hepplewhite) Read more here.

2.  It's not uncommon for people to refer to 'phonics' 'not suiting some children' which implies there really is 'something else' or 'some other method' to teach children. Like what? Learning thousands of words by global shape? No, provide better phonics content. (Debbie Hepplewhite). Read more at LINK.