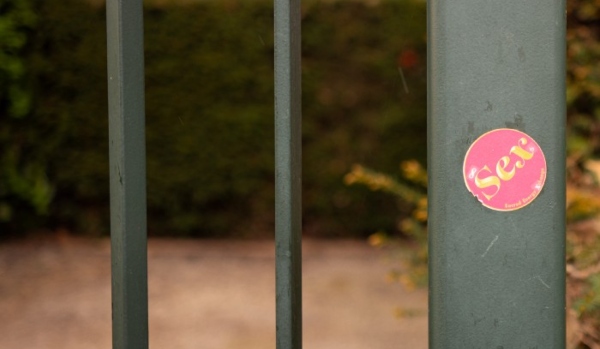 I’m always very open about the fact that I’m a man in his late 30’s who has been single all his life. The part that gets left out in polite company is that at the age of 38, I’ve never had sexual relations of any kind. In an effort to help the reader avoid snap judgements about this story’s contents, I’d like to make four things abundantly clear from the jump.

3. I am not asexual or aromantic. In fact, as I’ve aged, the types of women to which I’m sexually attracted has only increased. And even though I have huge issues with how our culture values romantic love, I am in no way against romance.

4. I AM NOT AN INCEL WHO HATES WOMEN. Sorry to yell at you. I just really don’t like those guys. If tomorrow all the women in my life were gone, I’d be lost.

You don’t know me, but given that you do know my age and the four bullet points above, how many sexual partners “should” a man like me have by this point in his life? What number seems “right?” For me, 6 feels good. 25? Good lord, “too many.” 0–2? You poor thing, “too few.” Why does 6 feel good? The fuck if I know. I can only chalk it up to years of conditioning in a culture whose pervasive dumb-fuckery around the topic of sex is staggering, even more so because of how sexually liberated we proclaim ourselves to be in these times.

Because sex is a pursuit, it takes time and energy just like any other meaningful pursuit in life. And just because it’s sex doesn’t mean it gets automatically bumped to the top of the pursuit queue. We live in a fascinating world with an endless array of things to do. All of us, however, only have 168 hours in a week. We need to pick and choose what we pursue; there’s no way around it. 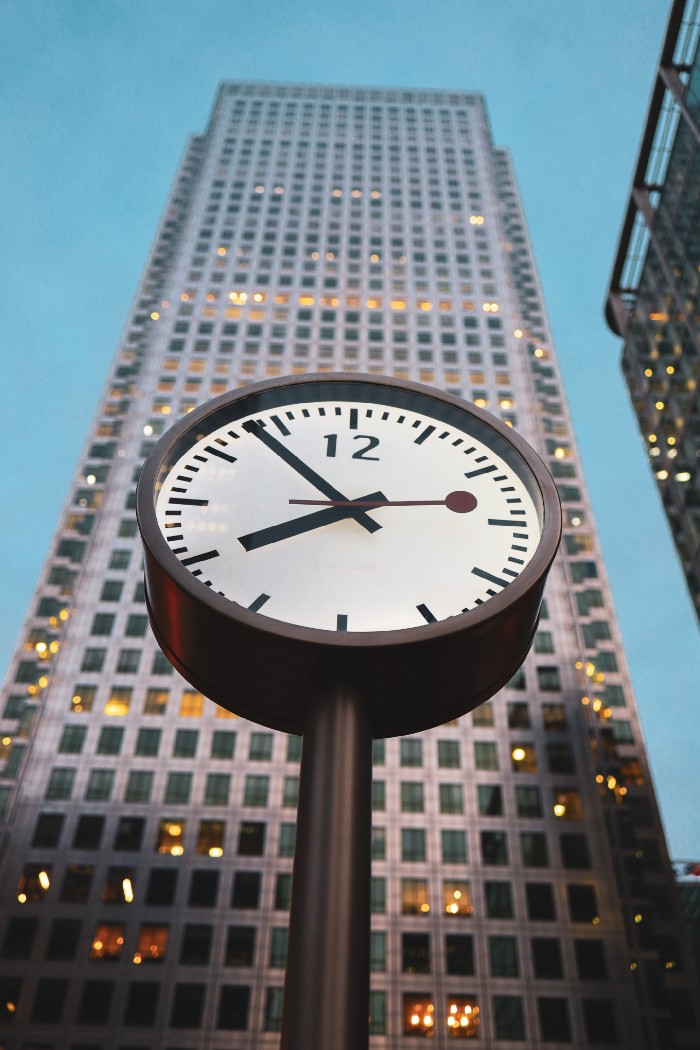 Photo by Kevin Grieve on Unsplash

Uh oh, here comes the skeptic again: “But Lucas, you’re 38, how can it be that it hasn’t ‘happened’ yet?!” Let’s go back to the above-mentioned cultural conditioning. As a millennial who grew up with almost non-existent sexual education or dialogue, that education instead came from whatever NBC decreed “Must-See TV” or the executives at Miramax and 20th Century Fox declared would show at my local movie theatre. And we all are intimately familiar with how sex is portrayed on TV and in movies. One character looks at another across the room. There’s an instant attraction. They immediately find a private place to do the deed, and simultaneously orgasm after 27.3 seconds in which each is 75% clothed.

In other words, even more cultural dumb-fuckery. The vast majority of the time, it doesn’t just “happen.” “Nuh-uh,” says the skeptic, “you could just hook up with someone, you millennials are legendary for that.” Yeah, that still requires more pursuit than the term “hook-up” implies. And besides, for me at least, trying to do that is the psychological equivalent of nails on a chalkboard. No judgement whatsoever on people who can have mutually satisfying hookups. I just can’t genuinely interact with a woman in that way.

So there you have it. 38 years sans sexual congress easily explained. Only I wish dealing with it was that easy. When you’re like me, you have to contend with the implications of a word that has become so loaded with layers of nasty intent that it can be hard to even talk about. That word is VIRGIN.

This word harms men and women in equal measure but in some very different ways. One of those differences is that this is just one of many sexual epithets that can be sent a woman’s way. There are far fewer for men, but this one in my opinion is the 800-pound gorilla. The culture is almost certain that a man my age who’s never had sex isn’t a man. It’s even up for debate if he really is even a human adult.

I’ll give just one example. I’ve been watching Netflix’s animated show “Big Mouth” and just started the fifth season. It’s a fantastic show about a group of middle school students going through puberty, and is very progressive and inclusive in many ways. I’m glad I’ve stuck with it, but they almost lost me due to the portrayal of one character: Coach Steve.

Coach Steve, at least through the first many episodes, is a virgin. OK, fine. But here’s the thing: Coach Steve is illiterate. Coach Steve has such poor social skills that there are instances of scenes he’s in that are near unwatchable. Coach Steve’s living arrangement, though, is what really takes the cake. He lives in a shipping container on what’s called the Diaper Barge, literally a barge heaped with discarded diapers.

Is Coach Steve a virgin because he’s such an inept adult? Or did his virginity lead him to such a cruel fate? I can’t tell what the show’s intent was, but frankly, I don’t think it matters. I’m not beating around the bush here, so I’ll tell you exactly the lesson I gleaned from this: Fellas, find your way to a vagina before it’s “too late” or you’ll be living alone on a stinking pile of garbage.

That this portrayal of a character who had yet to have sex was shown on such an otherwise sexually progressive TV show was shocking, but I can’t say I was surprised, because it’s the same 18-wheeler-sized blind spot that many other sex-positive progressives seem to have. And this blind spot has serious implications. One is as it relates to consent. Consent in sexual relations has been talked about extensively since the dawn of the #MeToo movement, which has been wonderful and very much needed.

But in the context of such a pervasive virgin-shaming culture, consent has a huge asterisk placed next to it. This is because what we’re in essence telling people is that you have every right to say no to sex you don’t want, BUT THE CLOCK IS TICKING. Each day you go without sex is a day closer to being a late-in-life virgin exiled to the Diaper Barge. So, let’s be real, at some point, you’re going to have to consent to someone, or else be branded a freak for the rest of your life. Talk about a mind-fuck of mixed messages.

Another serious implication of all this is the real-world effect it has on people who have reached their 30’s and beyond without having any sexual contact with another person. It’s easy to find the written accounts online of men and women in this situation, and the desperation and brokenness of many of them is absolutely heartbreaking.

These people are not broken. They have been blitzed into submission by cultural narratives that don’t give a fuck about actual people, only about churning out as many “normal” human drones that political and economic forces can easily understand and therefore easily manipulate. They don’t need to be normal; hell, I’m guessing sex would not even make most of them actually feel any better. What they need is a more affirming worldview that doesn’t start with the proposition that they’re worthless because of what they have or have not done sexually.

Please don’t get me wrong. Going out on a limb and asking for sex and getting rejected hurts. Wanting sex and not being able to find it hurts. However, held within that more affirming worldview, the hurt is manageable, not an existential catastrophe.

Given this state of affairs, the first thing to remember is this: if someone hurls “virgin” your way, what they are really saying is STAY IN YOUR PLACE. Stay small. Stay unsure. Look away and sit quietly while the “real” grown-ups tell you your worth and what they think you should find important.

Just who are these “real” grown-ups I’m speaking of? They are the ones who are frantically in the process of filling their “I Am Normal” punch cards so they can be granted admission to the Promised Land of Respectable American/Western Life that is dangled before us in commercials for insurance and pickup trucks. They believe in this path, which includes monogamous romantic partner sex, so passionately that they can’t tolerate anyone who deviates from it, willing or not. Out of my way, virgin. 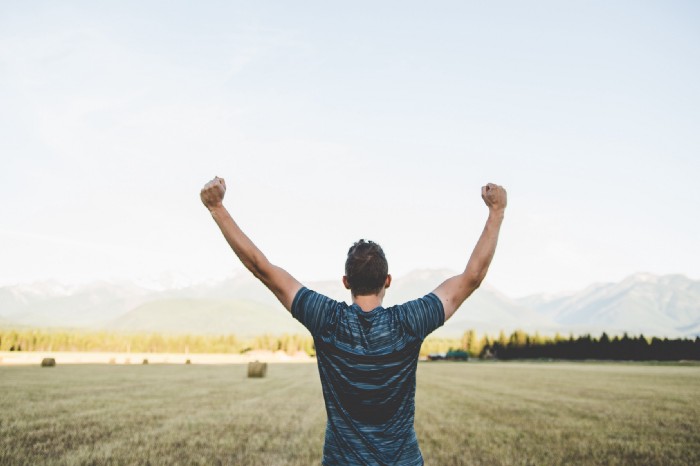 Photo by Japheth Mast on Unsplash

Let me tell you, we don’t have to take this lying down (every pun intended.) Your sexual history, or lack of it, in no way defines you. Those who think it should want to keep you as contained as possible so as not to disrupt their own fragile ego or the tenuous hold they have on their fantasy world.

We each have the ability in a million small ways to be walking, talking middle fingers to any person or system that wishes to diminish our humanity in this way. If you, like me, have reached your 30’s, 40’s, and beyond without having sex of any kind, I see you, and I see the power you have. We aren’t “virgins.” We’re diverse people with rich lives and interesting histories. And we’re not carrying your fucking shame anymore.

Not a Medium member? Subscribe here for $5/month or $50/annually and I’ll receive half your member fee. Thanks for your consideration!