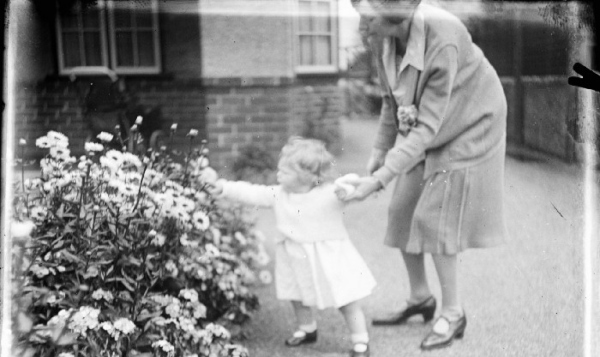 I’ve said it multiple times: nothing makes you rethink your childhood as much as when you have kids of your own.

My kids are in elementary school. I often look at them and think about my experiences at their given ages.

When I was my daughter’s age, I remember a fight (one of thousands) between my parents that resulted in my dad throwing something against the living room wall. The hole was a constant reminder for weeks after.

My brother and I sat on the couch nearby, immobile out of fear.

After throwing the object (a mirror, I think), my dad went into my room and passed out from fighting exhaustion on my twin-sized bed. It was the only time my dad had ever been in my room. He was absent for most of my childhood because he worked on a ship that kept him away for months at a time.

I remember the feeling of panic that my dad would continue his rage and break my Barbie dolls. My brother did his best to console me. Thankfully, my toys remained intact.

Just that one incident can still bring me to tears. I don’t even know why; he wasn’t mad at me, my parents fought anytime my dad came home, and nothing of mine was ruined. In my mind, I was a little adult. It wasn’t pleasant but it was just another thing I had to suck up.

This morning, my daughter came to me crying because her brother called her a tattletale. I told her, “If he called you a Smurf, you’d know that wasn’t true, right? No matter how many times he can call you a Smurf, that doesn’t make you a Smurf. What he says doesn’t matter.”

It’s my feeble attempt to teach my kids that other people’s opinions about themselves don’t matter as much as their own. My daughter’s heart seems so fragile and I want to wrap it in Kevlar. She seems younger and breakable in comparison to the mental image of myself at that age, which is that of Edna Mode: a grownup in a kid’s body.

It seems caring about a child’s feelings and mental health wasn’t a thing in the eighties.

My parents were horrible caretakers. They were of the “children should be seen and not heard” mindset. Trying to break the cycle is a daily struggle. Even though I know it’s the better way to raise children, it still feels like I’m doing something wrong. Traffic is going in one direction and I’m the lone car going the opposite way because it’s the only path that doesn’t lead to a cliff and yet, it’s a constant battle to weave through ingrained memories and lessons.

My mother’s father died when she was a baby. By age 5, her mother had remarried and then passed away. She was raised by a horrible stepfather whose acts of terror at best were physical abuse and at worse, included sexual abuse. My mom never went into detail.

I tell my kids about how their grandparents were raised since their lives are vastly different. They know my mother’s stepfather was awful and she was raised without love.

I struggle because I don’t know how to reconcile the pain I feel when imagining her upbringing against the hurt and (clearly) long-term mental trauma she’s caused me.

What right do I have to be angry? My mother didn’t have healthy role models. There were no internet support groups. There were no perfectly-imperfect mothers on TV or transparency about motherhood’s brutally difficulty. Therapists were for the criminally insane, not regular people.

I feel so guilty for being angry or being jealous of my friends’ childhoods (none of my friends had immigrant parents; when I got in trouble, I got the physical beatdown whereas they got the ever-laughable grounding). I must take it with a grain of salt how often my mother told her kids that she wished she never had them because then she could leave my father and live a happy life. It shouldn’t bother me thirty years after my mother told me that my future husband would certainly beat me because I was a bitch.

In my mind, all of these traumatic events as far back as my toddler years all happened to the person I am today: a competent, functioning, quasi-adult human. It’s like I can’t wrap my head around (ha, pun) the idea that when I was younger, I lacked the adult comprehension and understanding that I have now. The way I interpreted everything as a small kid is the same way I’d interpret them today. I guess that’s the nature of losing a healthy childhood.

My mother’s horrible childhood feels like I burden I should bear as well. I feel awful for the time my brother and I (maybe 13 and 8 at the time) refused attending German classes on Saturday mornings. I still remember the hurt on her face as we argued outside of the classroom. (In my defense, I followed along with whatever my big brother did so let’s blame him for most of our behavior.) It would have made her so happy in an otherwise shitty life.

And I failed her. Along with all the other ways that I failed to bring her happiness. The guilt I feel for bailing on those classes haunts me thirty-nine years later. As a weak olive branch, I told my kids they need to learn how to say “Happy Mother’s Day” in German for our next Skype session with my parents. My children are shitty proxies to compensate for the horrible behaviors I exhibited as a kid.

How do I atone for my mother’s awful childhood lacking in love and adequate parenting? I had my chance to be a loving and sweet kid to fill the hole in her heart the way my kids filled mine but I failed. I failed to even try.

Logically, I know that’s not my responsibility. I also know that my behaviors stemmed from overly strict-with-physical-consequences parenting. I’m not responsible for the tragic events of my mom’s childhood or the poor choice she made in marrying my dad.

My brain and heart ignore that logic. Thus, when I’m triggered whether on my own or retelling stories to my kids, I feel a weight on me. I’m conflicted between the psychological damage caused by my mother’s crappy parenting and how I should cut her slack because she experienced hardcore childhood trauma.

I don’t think I’ll ever resolve the mental battle. All that matters now is breaking the cycle so my kids can experience true childhood.

The post I Feel Guilty for My Mother’s Horrible Childhood appeared first on The Good Men Project.