How to Show Kids the Joy of Reading
Deloris Fowler had seen educational reforms come and go. Then one of them surprised her. 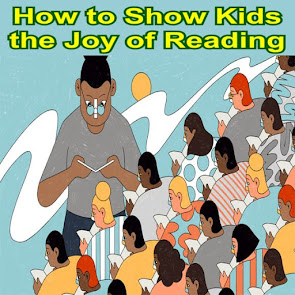 Editor’s Note: In the next five years, most of America’s most experienced teachers will retire. The Baby Boomers are leaving behind a nation of more novice educators. In 1988, a teacher most commonly had 15 years of experience. Less than three decades later, that number had fallen to just three years leading a classroom. The Atlantic’s “On Teaching” project is crisscrossing the country to talk to veteran educators. This story is the 20th in our series.


"Look at this cloud,” Deloris Fowler coaxed her third graders during a science lesson about different types of clouds last year. “What shape do you think it is?”

A student I’ll call Abby raised her hand. “That cloud is shaped like an anvil,” she volunteered.
Fowler was impressed. Anvil isn’t a word most 21st-century third graders would know. Abby came from a family with little formal education and was particularly unlikely to have picked up vocabulary like that at home.
In fact, Abby remembered the word from a story Fowler had read to the class weeks before, about a Viking boy whose father was a blacksmith—a story all the kids had followed with rapt attention. Abby had a reading disability, but Fowler had seen her confidence grow over the course of the school year. She often contributed some of the most insightful comments during class discussions. While she still had some trouble sounding out words, her score on a reading-comprehension test had zoomed from the 10th percentile at the beginning of the school year to just below average by mid-December.
Things weren’t always like this in Fowler’s classroom. In her 28 years of teaching, she’s seen educational reforms come and go. That’s not unusual; in a 2017 survey of a nationally representative sample of teachers, 84 percent said that as soon as they “get a handle on a new reform,” it changes. To Fowler, some of the changes only seemed to make it harder for her students to learn—like a directive to discontinue an effective phonics program, or the emergence of a joyless and stressful regime of test prep. So when the district unveiled yet another new initiative a few years ago, Fowler was skeptical. But, to her surprise, it turned out to be the one that did the best job of CONTINUE READING: How to Show Kids the Joy of Reading - The Atlantic
Share Share on Facebook Tweet Tweet on Twitter Pin it Pin on Pinterest
← Back to Feed