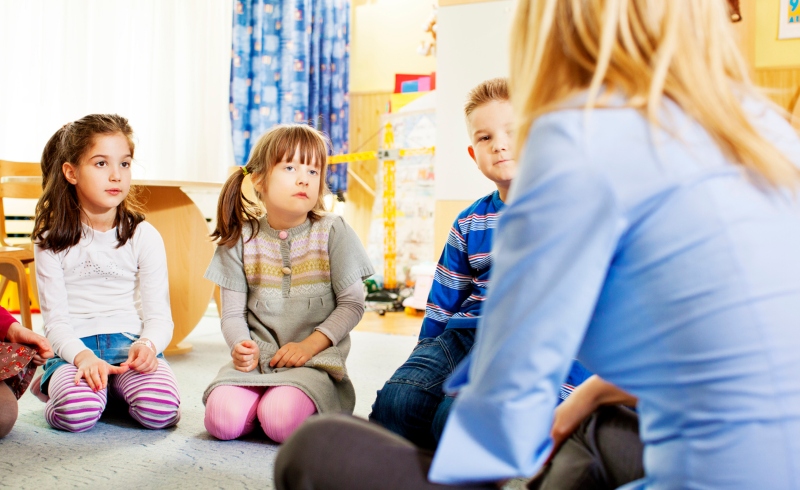 Communication involves more than words. There is strong evidence that gestures used with speech enhance comprehension of the listener and help the speaker communicate. Children, especially, rely on gestures to express their ideas. Researchers have described gestures as “scaffolding” the child’s talk, freeing up cognitive resources to help them communicate. Speaking and gestures are so tightly coupled that they can be considered a single system of communication.

This means that gestures or “hand work” have an important role in teaching and learning. A recent study asked: Is non-verbal communication used in similar ways in culturally different communities?

The Menominee children spoke more than their non-Native American counterparts.

Researchers watched how 4-year-olds used gesture and speech when playing with their mother or father. The pairs (17 child-mother pairs and 4 child-father pairs) were from the Menominee community in Wisconsin (one of 574 federally recognized Native Nations in the United States). The 4,000-5,000 Menominee people live on much-reduced ancestral lands in northeastern Wisconsin. The other 18 child-parent pairs (3 fathers, 15 mothers) in the study were from a non-Native American community in Chicago.

In the study, the pairs played with a forest diorama, consisting of both fixed landscape items and moveable trees and animals. This toy was developed by a collaboration between researchers and Menominee community members. The Menominee reservation is highly forested; hunting and fishing are important activities in the community.

The researchers observed videos of the pairs’ play and coded speech, gestures, and actions. (Actions could be placing an animal into the diorama, while gestures were hand signals and did not involve picking up anything.) Three categories of play were identified: verbal utterances on their own, gestures/actions on their own, and verbal utterances combined with a gesture or action. The researchers also measured how much the child and parent spoke – the number of utterances per minute.

The Menominee children spoke more than their non-Native American counterparts – 11.6 utterances per minute compared to 9.8. There is a widespread idea that Native American children are quieter, but this is clearly not the case when they are feeling secure with a parent and playing with something with which they identify.

The study provides a more culturally inclusive foundation for building on the cultural and community strengths of children in their education. It also highlights the important role of hand work in teaching and learning.

Join The Good Men Project as a Premium Member today.

Log in if you wish to renew an existing subscription.

By completing this registration form, you are also agreeing to our Terms of Service which can be found here.


Need more info? A complete list of benefits is here.

The post How Do Children and Their Parents in Two Cultures – Native American (Menominee) And Non-native American – Combine Speech and Gesture? appeared first on The Good Men Project.