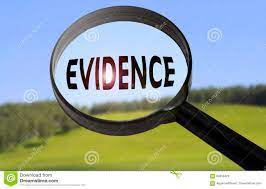 Here are extracts from a post by Jeffery Bowers and my comments.

True! All forms of reading instruction teach letter- sound correspondences. Unfortunately, most teachers teach the wrong pronunciation of the sounds represented by consonants. This is why most kids shut down from learning to read during whole language, balanced literacy and phonics period. Fortunately, a majority of kids figure out how to read using patterns and analogies. Listen to these two university students who read fluently but sound out the sounds represented by consonants wrongly. How did they manage to learn to read? They did not learn to read using letter-sound correspondences.

Listen to the two video clips linked in my post here. LINK

AND another two video clips in my post here.

I am a centrist. I teach phonics, Dolch sight words to be memorised, context clues, patterns and analogy. I believe phonics instruction is a good way to teach mapping of words provided the basic skills are taught correctly. This has been my mantra for the past decade.

Yes, phonics refers to letter-sound correspondences and it is for reading aloud. Comprehension, vocabulary and fluency will be attained when they are able to read. Even as of now I look up unfamiliar words in the dictionary and only then am I able to comprehend.

Jeffrey Bowers should get researchers to teach a group of kids the correct pronunciation of sounds represented by consonants, teach them to memorise Dolch words by rote memorisation and see if they are able to learn to read in less than 3 months. Jeffrey is welcome to use my FOC lessons on my blog to do his research. He can access my lessons via this post found here.

Whether phonics is the best way is debated for decades only because it is not taught correctly.

Yes, there is evidence of this but it is considered anecdotal. My first student who was unable to read a single sentence after having completed a year in kindergarten and a year in primary one obtained a double degree from the University of Southern Australia on 30.9.2021. See photo below. 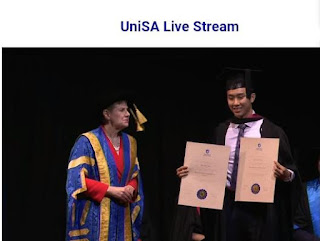 I taught a grade 4 kid in Kenya, Africa by guiding her mother using WhatsApp. Here are 2 posts on this student. Part one with a video clip. LINK  Here is part 2.   LINK.

I taught a mother in Victoria, Australia who was at wit’s end as her son was unable to read even after a year of structured synthetic phonics.

Here is a Tweet by the mother just after a week from the time I met her on Twitter:

My son had a year of structured synthetic phonics via a scripted program and he struggles to blend. He said puh instead of p, buh instead of b tuh instead of t. A week of correcting this and he is beginning to read fluently. Are there any studies on this?

The question to ask is why were these kids unable to read but could read after a little intervention.

The above may be anecdotal but this same thing was achieved by researchers at the Florida State University. (Refer to page 2 of Equipped for reading success by Dr. David Kilpatrick)

The following are excerpts from RESEARCH REPORTS on Phonics and its role in reading. Some of them date back to more than 50 years.

What Is the Role of Phonics in the Reading Process?

Phonics refers to the ability to match the sounds one hears within language to printed text. To be successful at phonics, one must possess the skills to hear sounds within words (known as phonemic awareness) and automatically to recognize letters of the alphabet (Adams, 1990).

Although the researchers were unable to identify a single program that outperformed all others, they concluded that programs that had an early emphasis on phonics were more effective than those that did not. Similarly, Chall’s (1967) meta-analysis of early reading instruction. Learning to Read: The Great Debate, found that programs that emphasized early and systematic phonics were positively associated with students’ reading achievement.

In the 1980s, a now famous report, Becoming a Nation of Readers (Anderson, Hiebert, Scott, & Wilkinson, 1984), reinforced the importance of phonics instruction within effective reading programs, as did Adam’s (1990) classic text, Beginning to Read: Thinking and Learning About Print.

Baer (2003) points out that more recently, work of the National Reading Council (NRC) Committee on Preventing Reading Difﬁculties in Young Children (Snow, Burns, & Grifﬁn, 1998) and the National Reading Panel (NRP) on Teaching Children to Read: An Evidence-Based  Assessment of the Scientiﬁc Research on Reading and Its Implications for  Reading Instruction (National Institute of Child Health and Human Development, 2000) provide further support for the importance of phonics in reading instruction.