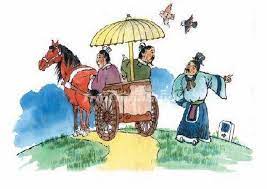 I’ll start by stating my position about using research. We absolutely should use research to inform our decisions about teaching. LINK

Yes, we can use research when research on a subject is correct.

1.     What if the research articles available are wrong? Why are we not using God given brains to think for ourselves?

From 2004, when I started teaching a kid who had spent a year in kindergarten and a year in primary 1 and was unable to read a single sentence, I kept reading on the internet that the reason kids are dyslexic is because they have a phonological awareness deficit.

After teaching for 6 years, commencing 2010 I wrote several articles disagreeing with the above ‘MYTH’ and had several discourses with those who had shared this on the internet. I commented on many articles where this was stated. I kept at it for several years. In 2011 several research students visited my blog posts and sometime between 2015 and 2017 this theory was debunked.

That theory had existed for more than 35 years and no one had questioned it.

My main contention was, how is it possible for dyslexic kids to read in Malay and Hanyu Pinyin but not in English. If it was phonological awareness deficit then how are dyslexic kids around the world able to read in many languages such as Finnish, Italian, Spanish etc.

I have written many posts and commented in many articles and blog posts I visited stating that the main problem with kids disengaging from learning to read is confusion as a result of the wrong teaching of the sounds represented by consonants.

I have been asked by Timothy Shanahan to show research reports to back up my claim. To me this should be common sense – teach the sounds represented by letters the way they were meant to be taught. Do not add extra sounds that confuse kids and disengage them from learning to read.

Dr. David Boulton, one of the causes of kids shutting down is one of the videos in your "Children of the Code" Site. I shall write about it in Linkedin soon and would appreciate your comment. Wish you well, Dr.

David Boulton then responded as follows:

I am clear and on the record for decades re what is the reason children struggle to read English. If as you say you have been through my work you'd know that. I appreciate that you help people. I don't want to engage further with you. I am not interested in being a platform for self aggrandizing. I wish you all the best.

Soon after the above statement David Boulton deleted the 2 videos I had complained of. Why were the videos deleted? If this is not sweeping misinformation/misrepresentation under the carpet, then nothing is?

David Boulton has been ‘clear and on the records for decades’ and we are still where we were decades ago as far as reading level is concerned.

In my tweets with Pamela Snow I said the same thing – kids disengage from learning to read due to confusion as a result of consonants being taught with extraneous sounds. A majority of kids are unable to blend because of this.

Pamela Snow responded by saying that there are other reasons besides this such as vocabulary, comprehension and fluency and I was blocked.

This is like the Chinese proverb where a chariot was heading north when they wanted to go south.

Once a man wanted to go to the south, but his carriage was heading north. A passer-by asked him: "If you are going south, why is your chariot heading north? " The man answered, "My horse is good at running, my driver is highly skilled at driving a carriage, and I have enough money." The man didn't consider that the direction might be wrong; the better his conditions were, the further he was away from his destination.

So, Dr. Sam, do you have any research reports to support my findings that consonants should not be taught with extraneous sounds? Can’t we think what makes sense and what does not?

Dolch and Fry both discovered that relatively few words (Dolch 220, Fry 300) make up most of the words we read (up to 70%).  That means as you read this piece approximately seven out of every ten words are likely to be words found on the Dolch or Fry list.

By teaching the high-frequency words early we would assure our young readers would know 7 out of 10 of every word they would ever need to know.

Once they know the high-frequency words, only 3 out of every 10 words are unknown when reading running text.

This is a classic example of misinformation.

I have copied here a definition of quantum theory.

A theory in physics based on the concept of the subdivision of radiant energy into finite quanta and applied to numerous processes involving transference or transformation of energy in an atomic or molecular scale.

Yes, Dr. Sam is correct, there are only 15 Dolch words out of 34 which is less than 50%. No wonder I don’t understand the meaning of the definition.

Edward Dolch was talking about beginning readers and I find it to be true. The books I use do not have words in Dr.Sam’s blog post such as, research, absolutely, qualitative, quantitative, haste, exploring etc.

The writers of these stories knew that multiple exposures to a word results in that word moving into the child’s sight word.  No sounding out or problem-solving here. Read the word over and over and over and you will come to know the word.

I had asked Dr. Sam to read my post here. If he had read it he will have asked himself how the deaf learnt to read. He would have marveled at the 2 university students who could read the nonsense words despite having pronounced the sounds represented by consonants wrongly.

Perhaps Dr. Sam or his strong supporters will be able to explain how these people and million others were/are able to read despite being taught sounds represented by consonants with extraneous sounds.

Children master phonics as a result of reading rather than as a prerequisite for reading. I am by no way suggesting not to teach phonics - teach phonics correctly.

However, counting on the strategy of learning them by rote resulted in children who learned the strategy of “memorize the words you need to know” as their main word strategy. They learned no other ways of figuring out their words.

They knew the 220-330 but hadn’t a clue of what to do with the other 19,700 or so words left to learn.  Do the math. If readers try to memorize those words they would have to memorize hundreds of words per week every week between first grade and the start of high school. It is self-evident readers need additional word strategies beyond memorization. This includes the use of synthetic phonics, analytic phonics and orthographic information.

Once the beginning readers got out of the tightly controlled beginning texts, they didn’t have the necessary strategies needed to build the rest of their sight vocabulary.

How did the millions of students learn to read during the whole language period? Someone should ask Diane Ravitch and her schoolmates how they memorised the thousands of words that they use in their writings.

We possess a powerful mind that is able to figure out patterns and read new words.

We should give kids as many strategies as possible, phonics, whole language, look and say, context clues, patterns and analogies.