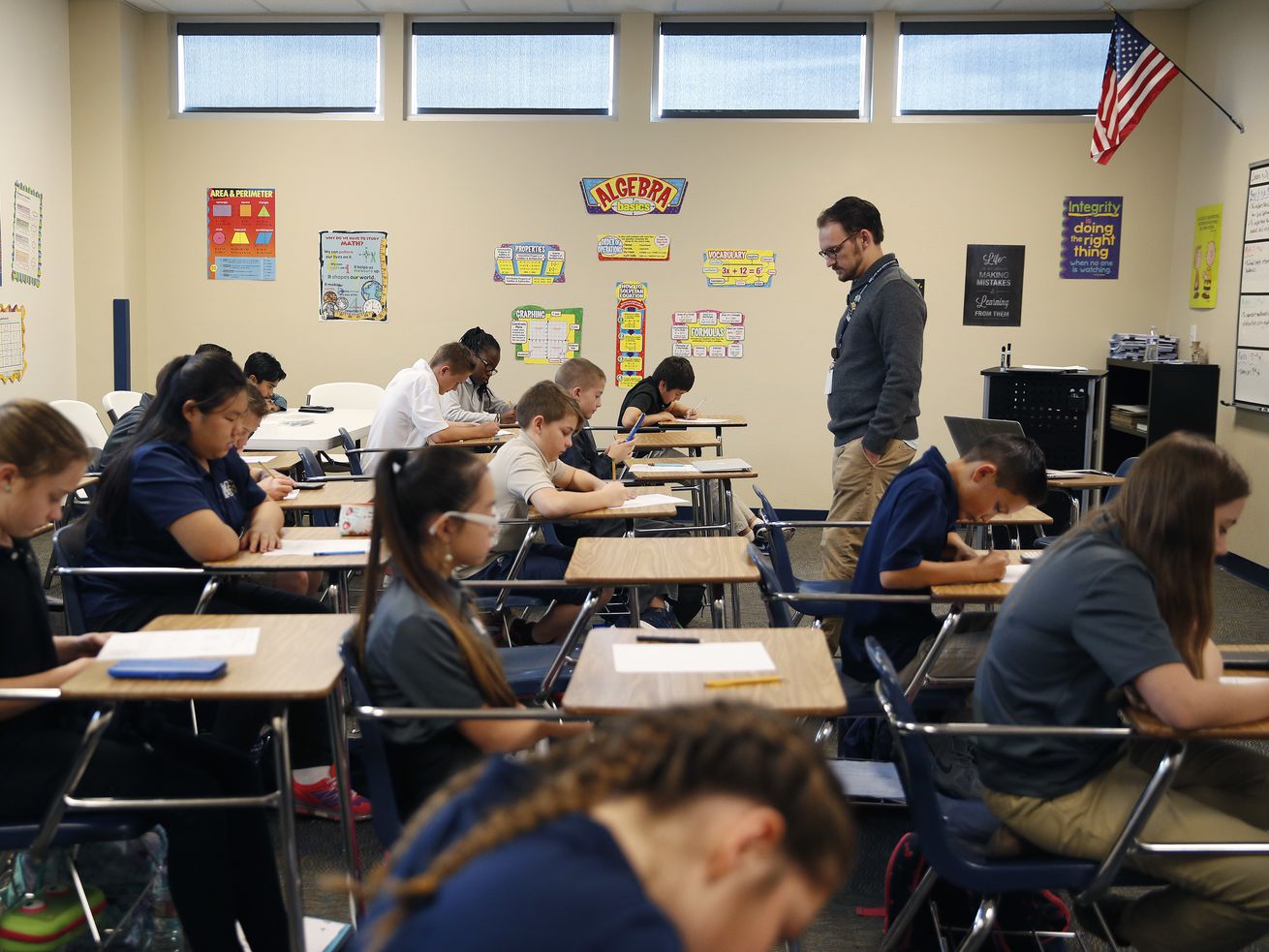 The College Board, the not-for-profit that oversees Advanced Placement courses, AP tests and the SAT test, have had an especially rough go. After scrapping plans to administer the SAT remotely over the summer, the College Board went ahead with digital AP tests — and now finds itself on the wrong side of a class-action lawsuit for alleged negligence in doing so. Or, as one Washington Post headline bluntly reads, “Students wanted AP tests. The tests they took weren’t perfect. Now the College Board is being sued.”

Sure, the “botched” AP tests may have been “cobbled together, skeletal versions of the standardized tests,” as a FairTest administrator (one of the plaintiffs) moaned. But in all fairness, the College Board’s far-from-perfect solution to a far-less-perfect situation was ingenious.

In fact, it could revolutionize standardized testing forever.

This year’s AP tests differed from the traditional offerings, in that they were shorter (only 45 minutes long, as opposed to three-plus hours) and included only free-response questions. Unlike multiple-choice tests, they mitigated the fears of those who are “just poor test takers” — prizing the ability to express one’s knowledge, not that of identifying and selecting a correct answer. They showed that multiple-choice tests, although common, might be grossly overrated and unnecessary.

“Free-response testing has been part of each AP exam for the past 65 years — in fact, it’s the most familiar part of this year’s AP testing experience,” said Trevor Packer, a BYU alumnus who now oversees the AP program as a College Board senior vice president.

After those 61⁄2 decades of free-response testing, the College Board knows its worth — and might be in the perfect position to ditch multiple-choice testing for good. That would revolutionize our school systems, where teachers would feel no pressure to teach toward a test, but teach for understanding. Standardized tests which are shorter, have no multiple-choice sections and only ask free-response questions — accompanied by unbiased and consistent grading — would allow teachers to focus only on their students’ comprehension and the ability to communicate their knowledge.

The obvious objection to free-response testing is the potential ambiguity in grading. It’s much easier to grade a multiple choice test — with one correct answer — than a short essay or free-response. Packer and his College Board colleagues have a solution for that, too. Every spring, they gather together 15,000 pre-trained college professors or AP instructors at four different locations throughout the U.S., who have the painstaking task of grading 15 million tests over several weeks. They follow a rubric, but before they ever see a real test, graders have to pass several online accuracy checks to make sure they’re grading objectively and accurately. Every morning, they go through the same calibration process. Every grader is periodically reviewed by more experienced faculty, and every essay is graded by multiple people. Packer assured me, too, that aside from AP English, none of the rubrics offer points specifically for writing ability.

In fact, not all the tests even include much writing. One Salt Lake City student who took this year’s AP computer science test said it required her to use the internet to research, create a graph, build an app and write a short summary of what the app does. Imagine the training that this sort of test requires teachers to provide — hands-on, comprehensive and focused on internalization.

“While students generally prefer multiple-choice questions, colleges always prefer the free-response sections of each AP exam,” Packer explained to me via email. “... The multiple-choice questions are effective at covering a wide range of topics in a course, but the free-response questions are generally more effective at measuring the types of skills most valued by colleges for credit and placement.”

Shifting away from multiple-choice standardized tests couldn’t come at a better time, either. Dr. Gordon Gee — America’s longest-tenured university president — recently told me that “writing, thinking (and) expressing may be the only skills people are going to need” in coming years, as technology advances and replaces large portions of our current job force. And as universities across the country declare that standardized tests will be optional for this and next year’s applicants, some (from Snow College to the University of Washington) have decided to abandon admissions tests permanently. If standardized tests have any hope of surviving the COVID-19 pandemic, they’ll need a 21st-century upgrade.

“I absolutely think it’s something we could move away from,” an admissions director at Southern Utah University recently told me, referring to admissions tests, and others from Utah State University and the University of Utah expressed a similar sentiment (though none have yet announced a formal “test-optional” admissions policy). A revamped standardized testing format might be the first step in preventing that shift.

The more students that are on board, the better. Several Utah high schoolers who took this year’s round of AP tests explained to me why they preferred these over other tests — shorter, easier and more geared toward gauging comprehension. “It’s more wholesome, almost, to let students apply these things in a free-response format,” one said, while admitting it’s also not fair to let one test determine a person’s future.

Fairness is certainly something that standardized tests could benefit from. And in terms of fairness, this year’s so-called “botched” AP tests may be the great equalizer.