The classics department at Princeton University recently decided that the idea that classics majors ought to know Latin or Greek has been a mistake. Old-fashioned, perhaps. Until now, undergrads who wanted to major in the study of classical texts needed to come into the concentration with at least an intermediate level of Latin or Greek. But those students will no longer even have to learn either language to receive a degree in classics. This is a typical example of a university rushing to make policy changes under the guise of promoting racial equity that are as likely to promote racism as to uproot it.

The official argument for the new policy at Princeton does not explicitly follow racialized lines. Josh Billings, a classics professor who is the department’s head of undergraduate studies, has argued in Princeton’s alumni magazine that “having new perspectives in the field will make the field better.” He further noted, “Having people who come in who might not have studied classics in high school and might not have had a previous exposure to Greek and Latin, we think that having those students in the department will make it a more vibrant intellectual community.”

When I asked Billings what that meant, he wrote back, “A student who has not studied Latin or Greek but is proficient in, say, Danish literature would, I think, both pose interesting questions to classical texts and be able to do interesting research on the ways that classical texts have been read and discussed in Denmark.” This is not entirely a stretch; I recently taught a class on African languages in which one student, as it happened, made useful contributions from his knowledge of ancient Greek. Yet there are reasons to suppose that something more specific is motivating the new direction at Princeton.

[Read: Should the classics make a comeback?]

Note the use of “vibrant intellectual community.” The term vibrant—which a real-estate agent I once worked with artfully used to describe neighborhoods that someone of my race might want to live in—is often code less for Danish than for Black, and it certainly is here, all evidence suggests. The department had considered the policy change before, the Princeton Alumni Weekly reported, but saw it as taking on a “new urgency” by the “events around race that occurred last summer.” The department’s website includes a proclamation that the “history of our own department bears witness to the place of Classics in the long arc of systemic racism.”

The website also announces that the department wants to “create opportunities for the advancement of students and (future) colleagues from historically underrepresented backgrounds within the discipline.” This will mean “ensuring that a broad range of perspectives and experiences inform our study of the ancient Greek and Roman past.” Let’s not pretend, given the context of modern American academic culture, that the terms here refer simply to diversity writ large. Underrepresented, broad range of perspectives and experiences—these are buzzwords saying, essentially, “for Black people and Latinos too.”

You could further conclude that the “perspectives” and “experiences” centrally valued as motivating new standards of admission for Black and brown students are those attesting to racism, disadvantage, and other forms of subjugation. Indeed, the perspective that classical writings and the study of classics itself are white-supremacist endeavors is ascendant within the field. One of the department’s faculty, Dan-el Padilla Peralta, is a Black man who declared in 2019, “If one were intentionally to design a discipline whose institutional organs and gatekeeping protocols were explicitly aimed at disavowing the legitimate status of scholars of color, one could not do better than what classics has done.” He has also argued, as Rachel Poser noted in The New York Times Magazine earlier this year, that “far from being extrinsic to the study of Greco-Roman antiquity, the production of whiteness turns on closer examination to reside in the very marrows of classics.” Padilla—whose command of Latin and Greek is sterling, I must add—has even suggested that the field itself might be ripe for abolition.

The policy change at Princeton presumes the existence of various potential contributions that classics students knowing no Latin or Greek could have been making to classroom discussions before now. What are those contributions? In the decades that I have spent on university campuses, I have observed an endless series of discussions that cast Black Americans as the victims of subjugation and specifically of slavery. I am extrapolating here, but is the presumption that Black classics students will be uniquely poised to discuss, say, slavery among the ancient Greeks and Romans? If so, we must then ask precisely how being a Black American undergraduate in the 21st century would lend especial insight into that subject, which even white classicists have richly discussed for many years.

Overall, a justification of Princeton’s policy change on the basis of countering white supremacy  is gravely thin. The billet of classics, a long-standing and broadly reaching field of inquiry, is enormous. For example, the spring 2020 issue of the prestigious classics journal Classical World presented four major articles. Two are couched within, for the record, an open awareness of power differentials: one examining the language Augustus used in referring to the people as his subjects, and another examining social networking among women in theatrical comedies. Another paper is perhaps less “vibrant,” examining John Adams’s take on the playwright Terence. But the fourth is in Latin itself, an argument that Latin texts should be taught in Latin—and written not by a descendant of John Adams but by a female Spaniard.

The works that classics scholars are examining were created—and have been embraced and interpreted—by people whose selves and views would not pass our anti-racism tests today. “Some classicists have come around to the idea,” Poser reported, “that their discipline forms part of the scaffold of white supremacy—a traumatic process one described to me as ‘reverse red-pilling.’” But making that our primary measure of classical texts qualifies less as reflection than as declaration, a one-note clarion call that discourages anything but assent. It leads to no further questions. It is, beyond a certain point that we arrive at quickly, unscholarly.

Of course, we might also read the change at Princeton as a back-door strategy to get more students into classics in general, given that fewer and fewer high schoolers take Latin, much less Greek. That a reasonable classics faculty might decide to eliminate the Latin and Greek requirement for reasons besides race is hardly beyond the realm of possibility. In a recent statement, the department declared that it has not “reduced our commitment to teaching the ancient languages by a single hour” but also that “an approach based on inclusion and persuasion will be more effective in encouraging language study than one based on compulsion.” One might question this assumption—sometimes the best way to get students to do something hard is to require them to—but time will tell.

[Read: I’m concerned about wokeness at my child’s school]

Regardless, the Princeton classics decision also deprives students—and, to the extent that the change is racially focused, Black students in particular—of the pleasant challenge of mastering Latin or Greek. With their rich systems of case marking on nouns and flexible word order, both are difficult for an English speaker. Getting to the point of being able to read them, and engage with texts written in them, can give the same high as solving a crossword puzzle, learning to play an instrument, or finally “getting” calculus.

Crucially, you often must go through a phase of drudgery—learning the rules, memorizing vocabulary—before you pass into a phase of mastery and comprehension, like dealing with scales on the piano before playing sonatas. The Princeton decision is discouraging students from even beginning this process. Professors may think of the change as a response to racism, but the implicit intention—sparing Black students the effort of learning Latin or Greek—can be interpreted as racist itself.

All classicists recognize that, really, you need to know the languages to fully understand the texts. This is also true of other literatures. For example, to engage with War and Peace in translation, as many American readers did during the coronavirus pandemic, is often to miss Russian nuances eschewed by the translator. Ancient Greek was bedecked with particle words that got across things that English often does just with intonation or implication; they are not directly equivalent to any single English word or expression, meaning roughly things like “Well …” and “Okay, then …” Such aspects of Greek, in the words of the classicist Coulter George, can “only be made out fuzzily through English-tinted glasses.” You never get a true feel of the flavor of how the people expressed themselves; you have at best stepped upon the threshold of somewhere new. To understand the argument about Augustus in that Classical World issue—even if streamlined in presentation by a teacher for undergraduates—requires one to understand the meanings of various Latin words for or involving “people.”

By lifting the language requirement, the Princeton decision is setting up a situation in which a subset of classics majors will be able to work with classical texts only in translation. In class participation, they will have to humbly note that they don’t know Latin or Greek, with the implication being that their “vibrant” ideas about white supremacy are the equal of having mastered the languages. All will pretend to concur, though more than a few will quietly see these “vibrant” students as having lesser chops. And when this sentiment inevitably peeps out of someone’s mouth in an exchange or turns up on social media, the outcry will be swift that classics at Princeton is … racist.

The Princeton classics department’s new position is tantamount to saying that Latin and Greek are too hard to require Black students to learn. But W. E. B. Du Bois, who taught both Latin and Greek for a spell, would have been shocked to discover that a more enlightened America should have excused him from learning the classical languages because his Blackness made him “vibrant” enough without going to the trouble of mastering something new.

When students get a degree in classics, they should know Latin or Greek. Even if they are Black. Note how offensive that even is. But the Princeton classics department’s decision forces me to phrase it that way. How is it anti-racist to exempt Black students from challenges? 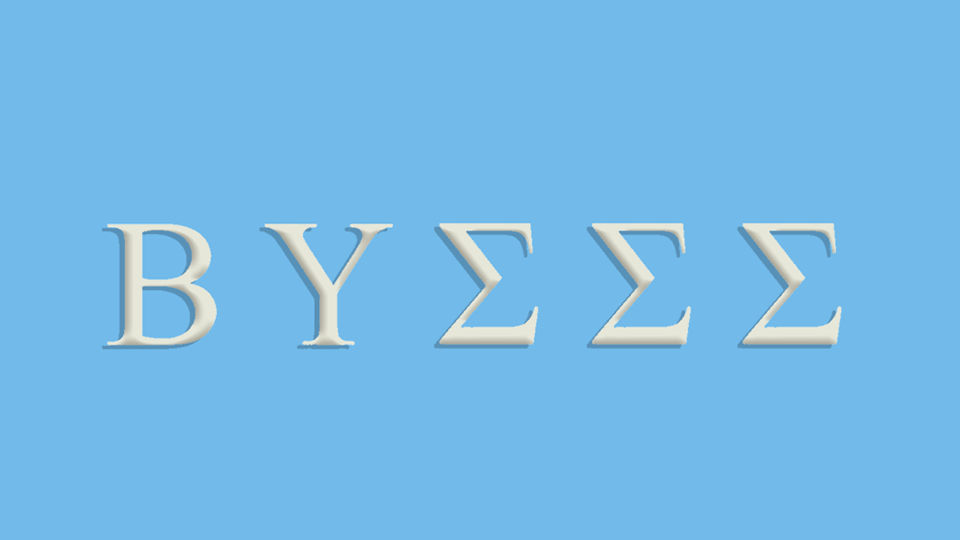