It is weird to see your favorite celebrities grow up or grow old because you have this image of them that doesn’t change from their iconic movies. And growing old means that their health might suffer and it doesn’t matter if they have the best doctors, some illnesses are just incurable and too unpredictable at the moment.

On Wednesday, the world found out the sad news that Bruce Willis was diagnosed with aphasia, so because it affects his cognitive abilities, the actor has to end his career at age 67. It was announced on his Instagram by his family and the internet was saddened by this news. Bruce Willis’ colleagues and other famous people expressed their support and respect to the actor, sending him kind words.﻿

Bruce Willis, who celebrated his 67th birthday on March 19, gained recognition with the role of John McClane in the Die Hard franchise. He appeared in over a hundred movies and the most recent one, the heist action film A Day To Die, came out just at the beginning of March.

People watching the movie didn’t expect that a couple of weeks later, they would find out that their beloved star was diagnosed with such a scary disease. 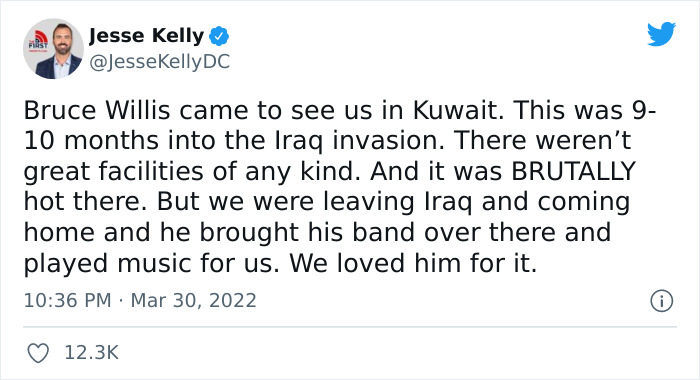 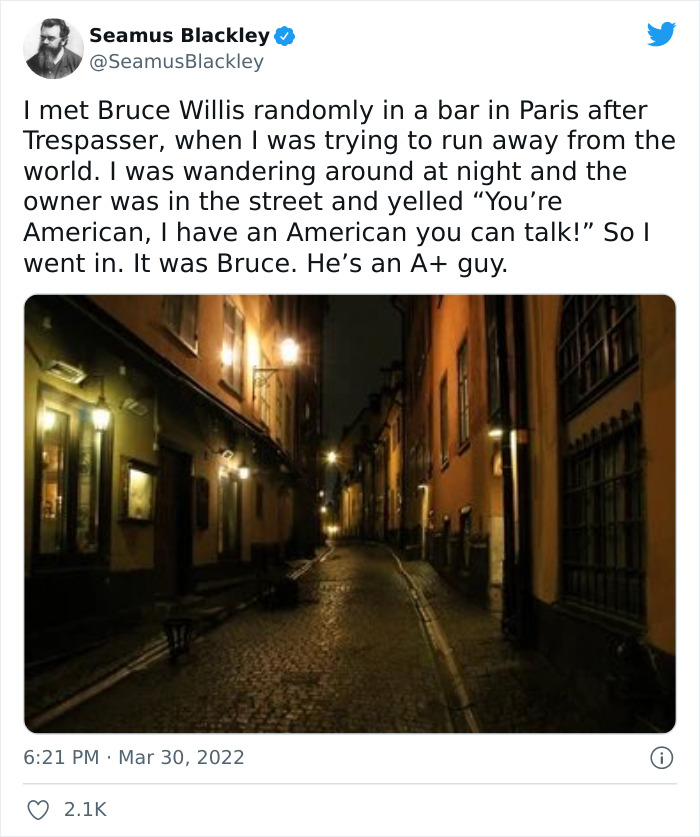 It was announced on March 30 by Bruce Willis’ family on the actor’s Instagram. They said that Bruce “has been experiencing some health issues and has recently been diagnosed with aphasia, which is impacting his cognitive abilities. As a result of this and with much consideration Bruce is stepping away from the career that has meant so much to him.”

The family promised to go through this tough period together and “Live it up,” as Bruce always says and wanted to let his fans know what is going on because they are aware of how much Bruce means to the people who follow him. 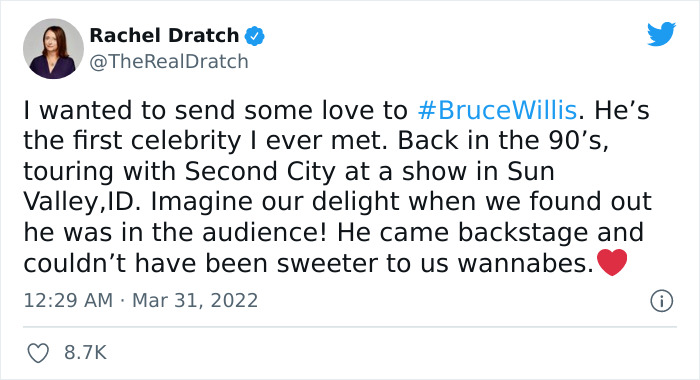 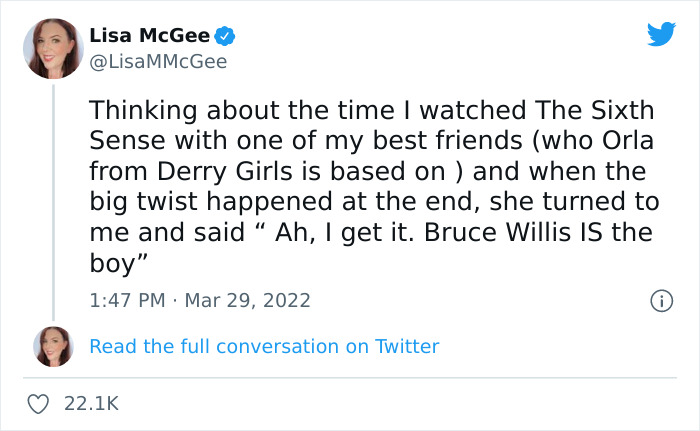 If you have never heard of aphasia, it is a language disorder. As Johns Hopkins Medicine explains, the disorder can be “caused by damage in a specific area of the brain that controls language expression and comprehension. Aphasia leaves a person unable to communicate effectively with others.”

The damage in the brain can be caused by a stroke or a head trauma, but it can also come from slowly growing brain tumors or other diseases that cause permanent damage to the brain. 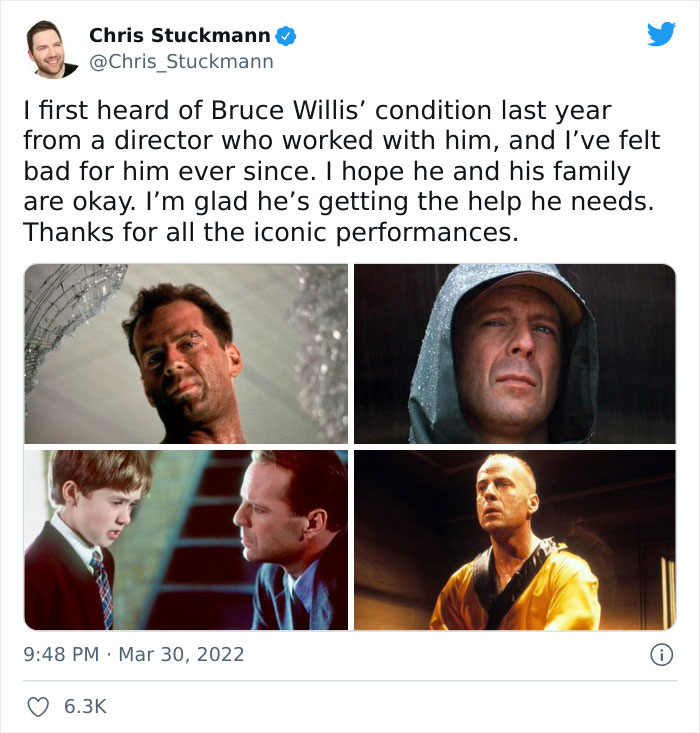 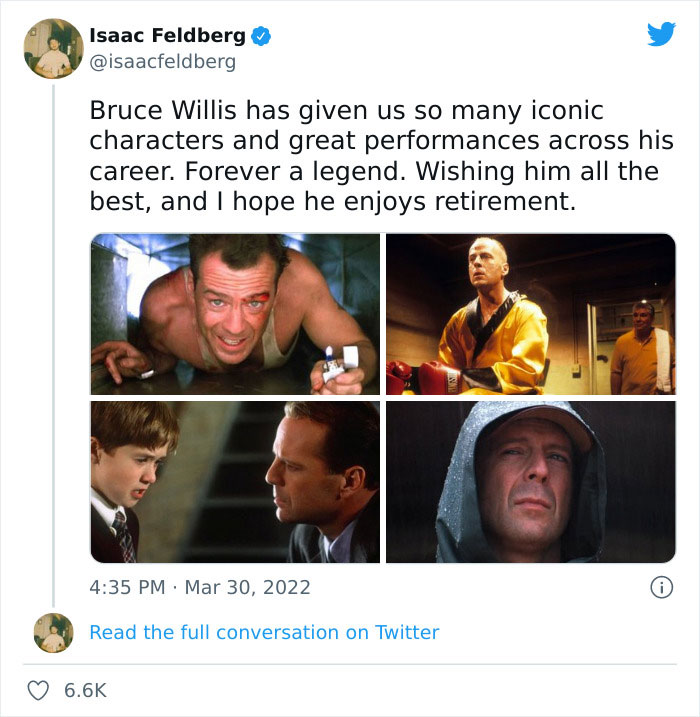 The symptoms of aphasia listed by Mayo Clinic include speaking in short sentences which don’t always make sense, substituting words or sounds with others, saying words that don’t exist and not being able to follow a conversation. It affects not only spoken language but also written language and people may have difficulty comprehending written text and writing sensible sentences.

Aphasia is more common than Parkinson’s Disease, cerebral palsy or muscular dystrophy. According to the data of the Nation Aphasia Association (NAA), about 180k Americans acquire the disorder every year and about 25-40 percent of stroke survivors acquire aphasia. 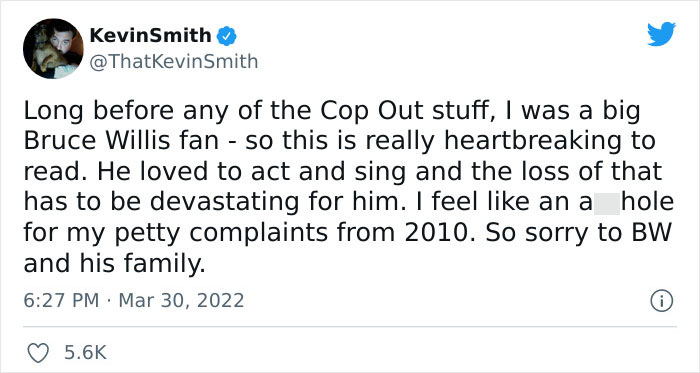 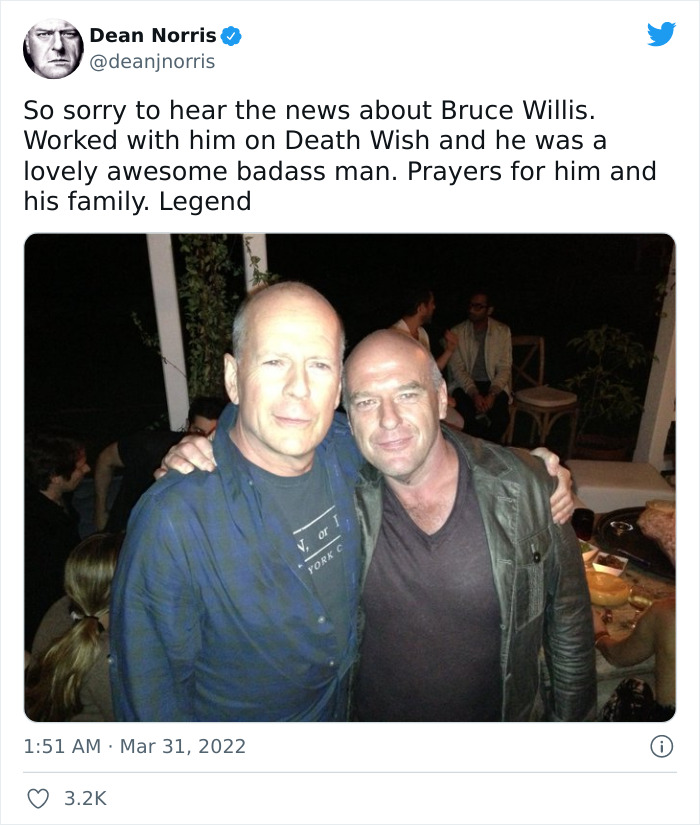 The National Institute on Deafness and Other Communication Disorders says that there are two categories of aphasia: fluent and nonfluent. The most common type of fluent aphasia is Wernicke's aphasia and people who have it may “may speak in long, complete sentences that have no meaning, adding unnecessary words and even creating made-up words.”

The most common type of nonfluent aphasia is Broca's aphasia, which can cause “right-sided weakness or paralysis of the arm and leg because the frontal lobe is also important for motor movements. People with Broca's aphasia may understand speech and know what they want to say, but they frequently speak in short phrases that are produced with great effort. They often omit small words, such as ‘is,’ ‘and’ and ‘the.’” 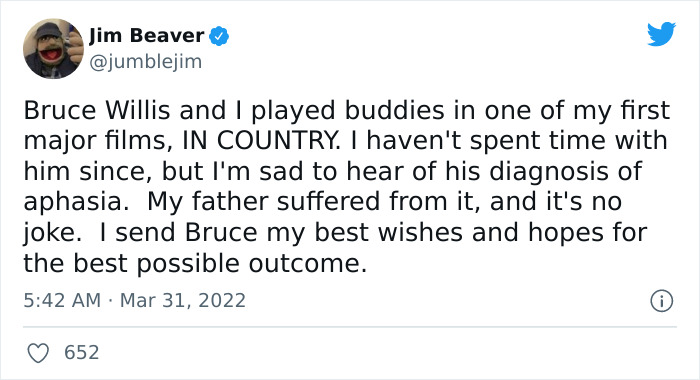 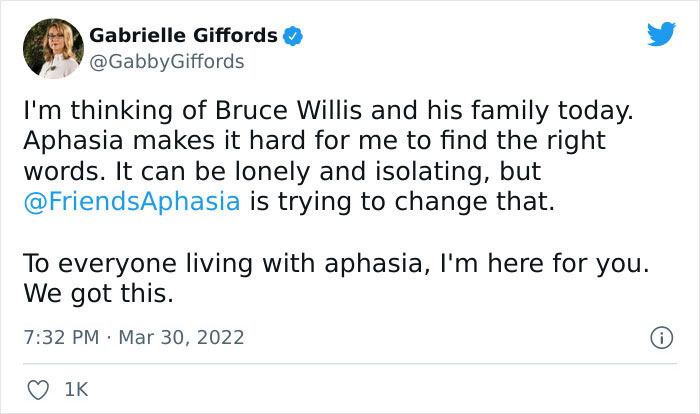 Even though it seems that aphasia makes a person stupid, NAA claims that “It affects the person’s ability to process language but does not affect intelligence.” They put it this way: “for people with aphasia it is the ability to access ideas and thoughts through language – not the ideas and thoughts themselves – that is disrupted.” However, it can be isolating because people who have it can’t understand people who don't, and vice versa.

There are ways to help people with aphasia and it helps even if you let them know that you are trying to keep them a part of a conversation. NAA sums up the communication process as an anagram for the name of the disease: A: ask simple, direct questions, P: provide multiple communication options, H: help communicate if asked, A: acknowledge frustration, S: speak slowly and clearly, I: if you don’t understand, say so, A: allow extra time. 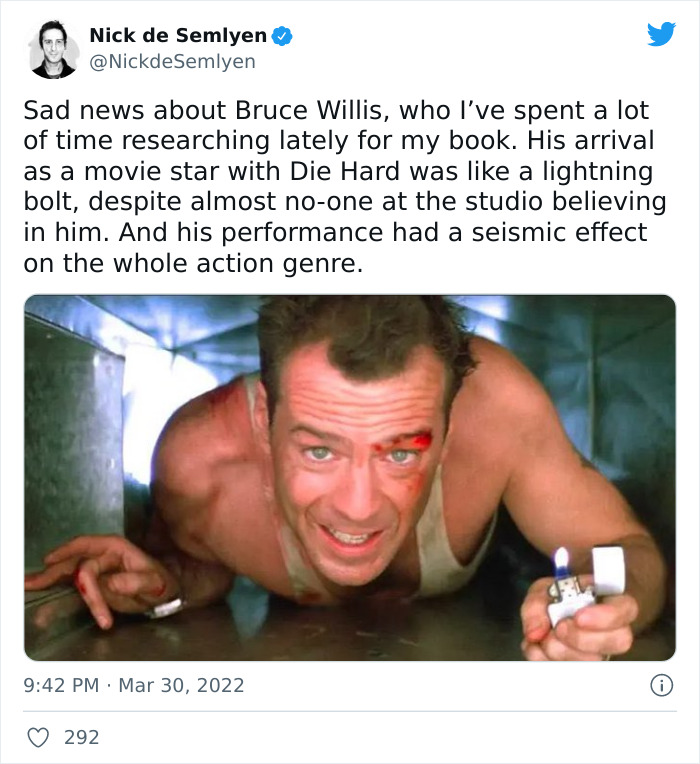 Aphasia doesn’t have a specific cure. It just goes away or not and it can go away after a couple of months or the process of getting better can last years or even decades. There are strategies to help with getting better and it depends on both the person with aphasia and the people who surround them.

So the future of a person with the disorder is full of uncertainty, but there is a possibility they could get better. So hopefully all the good wishes to Bruce Willis to get better and recover coming from celebrities and fans will come true with the help of the family and friends he is surrounded by. 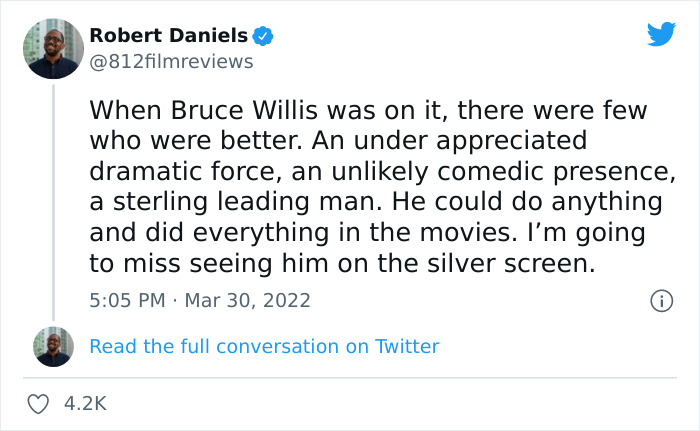 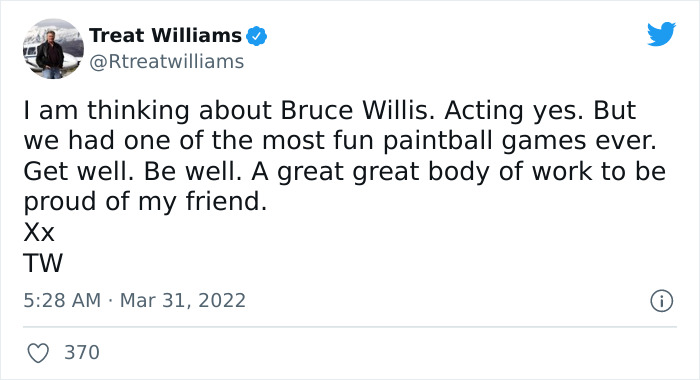 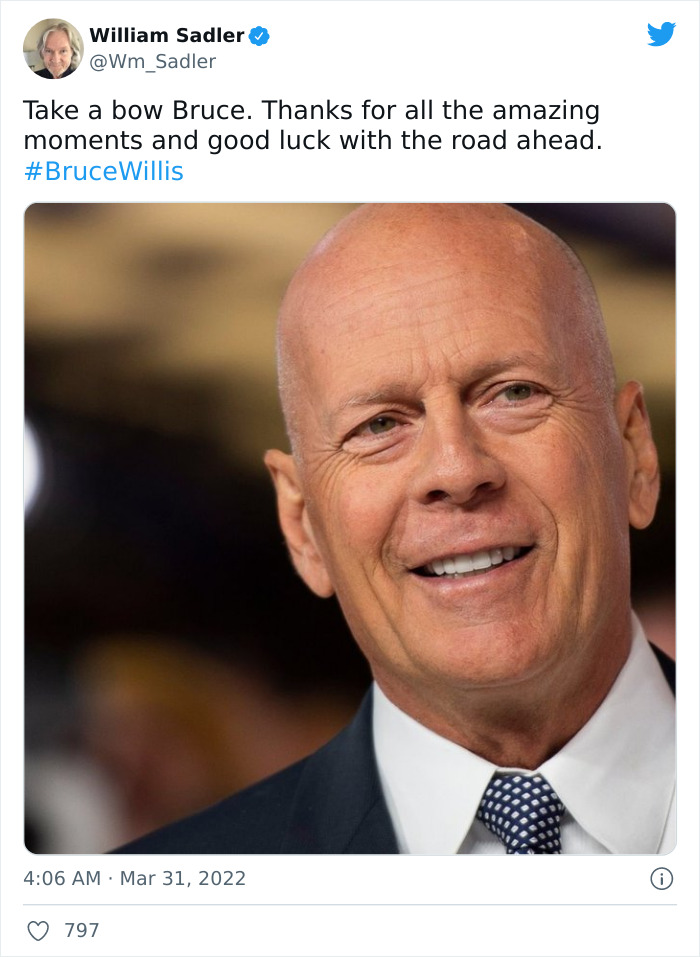 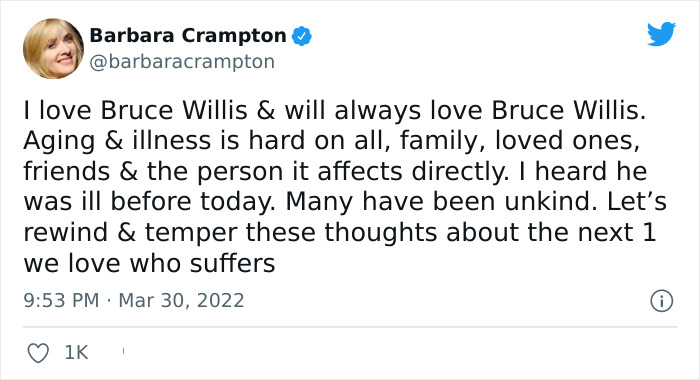 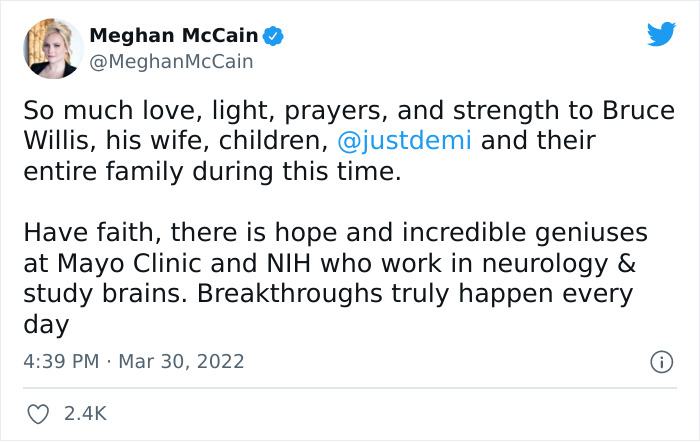 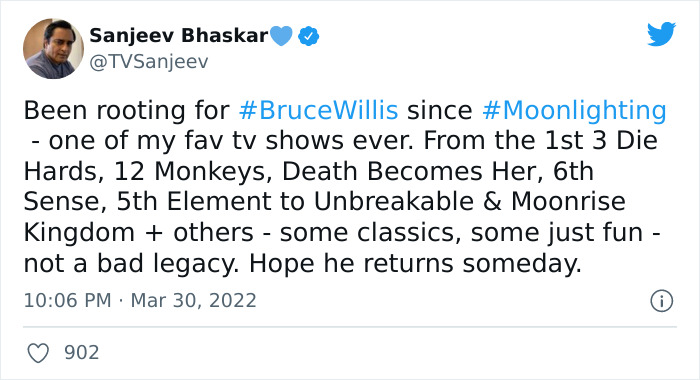 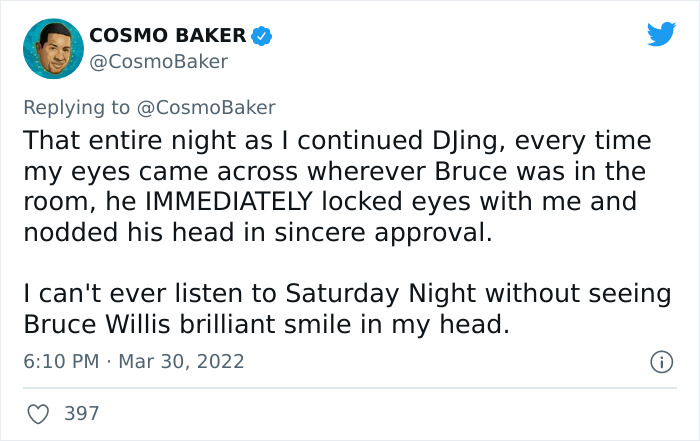 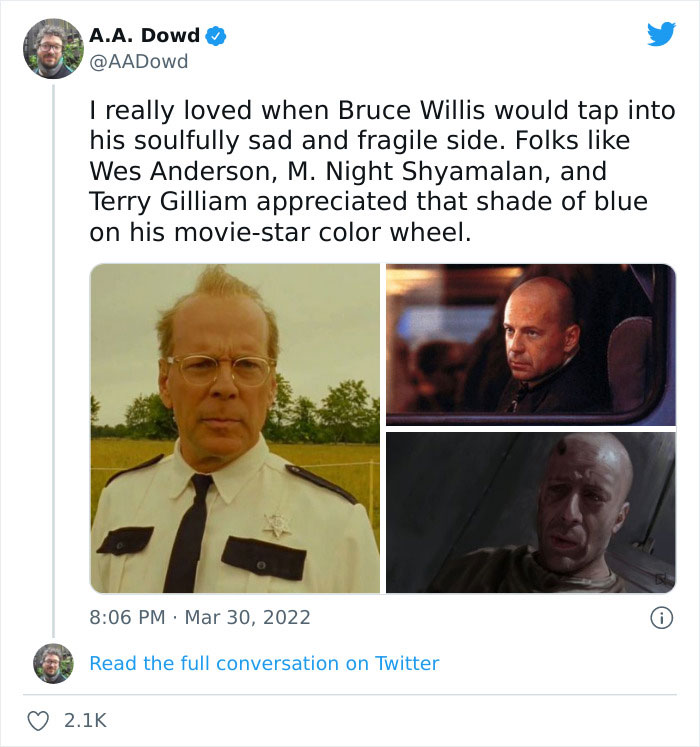 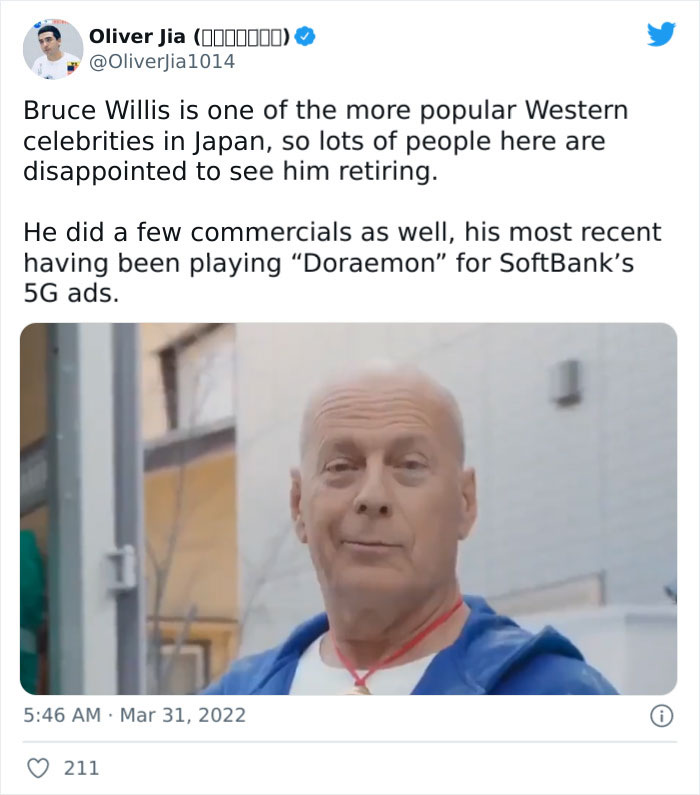